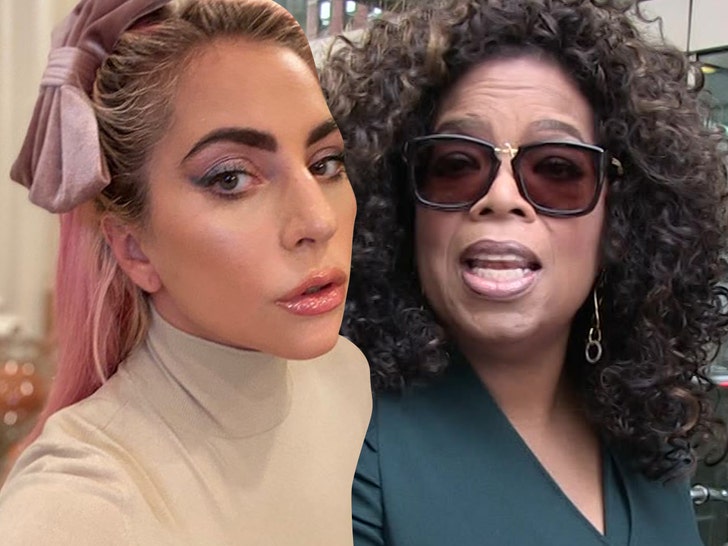 Lady Gaga poured her heart out to Oprah ... revealing she suffered a "psychotic break" triggered by sitting for a deposition.

The "A Star is Born" star opened up to Oprah over the weekend in a candid interview for the host's "2020 Vision: Your Life in Focus" tour at BB&T Center in Fort Lauderdale. Lady Gaga revealed a deposition triggered her "psychotic break."

She never said why and when she was deposed, but the only deposition that's been reported involving Gaga was in September 2017 ... was for Dr. Luke's defamation lawsuit against Kesha.

Gaga described the medical crisis as her brain flat-lining -- an experience she said she'd never wish upon anyone.

The singer told Oprah she's battling chronic pain, saying she was hurting at the moment they were speaking -- "Even sitting here with you today I'm in head-to-toe pain." She attributed the pain to fibromyalgia ... a disorder that causes muscle and bone pain.

The pain was so severe, LG says, "My whole body started tingling and I started screaming. I was in a hospital." That being said, the singer says she's finally at peace with her health.

After the interview, Oprah and Lady Gaga had an emotional moment backstage.

Gaga also talked more about being repeatedly raped at 19 by someone she knew -- something she first revealed last month.

She says she developed PTSD after never fully processing that trauma.