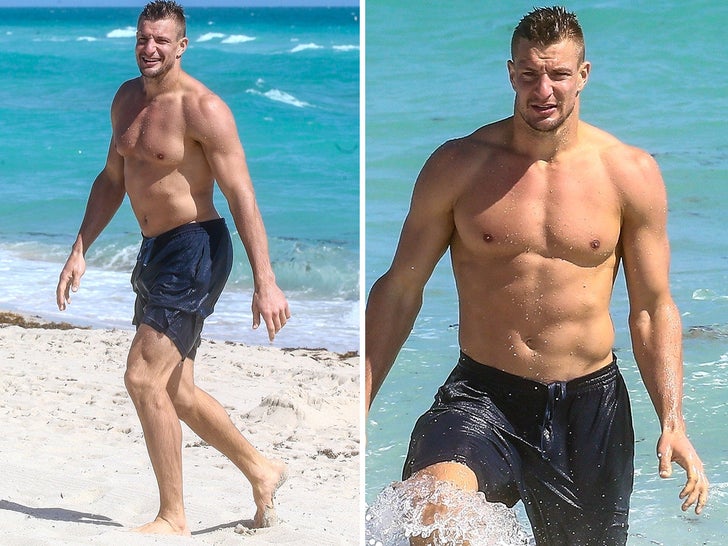 Rob Gronkowski is making his bid for a cover photo shoot -- for AARP Magazine -- as the former NFL great flexes in the South Beach sand.

Gronk's spending part of his Wednesday showing off his rock-hard abs, toned legs and bulging arms down in Miami, and the retired New England Patriots superstar looks like he's still in game shape.

Sorry, Pats fans ... but Rob looks like he's enjoying life on the other side -- he's got his toes in the sand a huge grin on his face. Sure beats the hell outta frigid Foxborough.

Gronk's spending a lotta time in South Florida these days. Remember, he scooped up a sick condo in downtown Miami for $1.7 million, and a couple weeks back during Super Bowl weekend he hosted a huge party.

It's been almost a year since Gronk walked away from the NFL ... but he ain't spending any less time in the weight room!!! 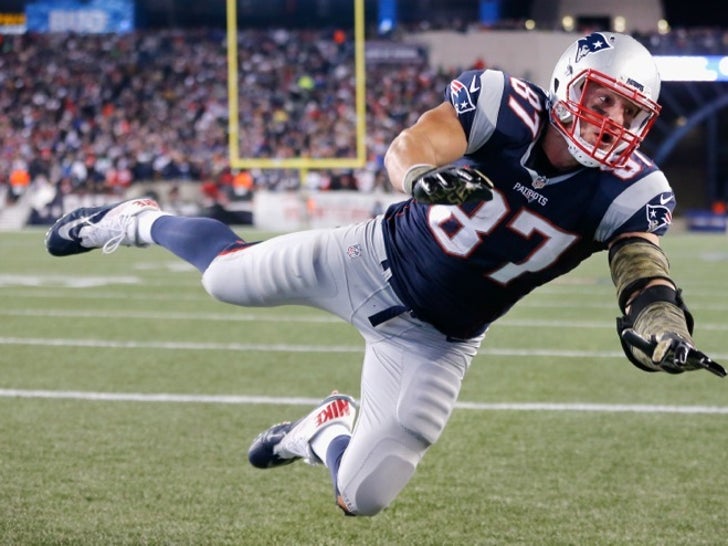 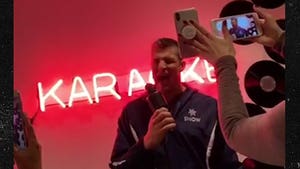