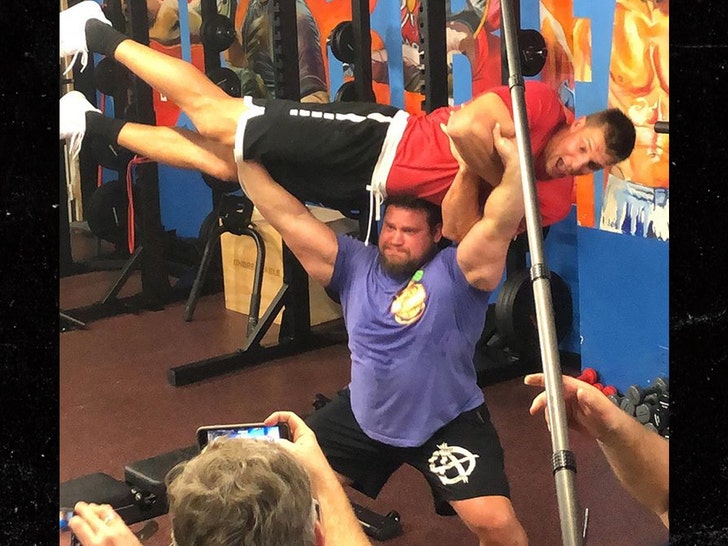 Rob Gronkowski and superstar strongman Martins Licis hit up Jay Glazer's Unbreakable Performance gym in L.A. on Wednesday ... and they bro'd down over some weights.

Unclear why the two got in a lift sesh ... but we're all sure as hell glad they did -- 'cause at some point, Licis decided to ditch the barbells and use 6'6", 268-pound Gronk as gym equipment!!

Licis -- a 29-year-old who's considered the future of strongman sports -- picked the Patriots legend up, put him over his head and squatted the guy like it was nothing!!

Of course, it kinda is nothing for the guy ... Licis famously lifted over 1,000 POUNDS of atlas stones in his World's Strongest Man win over the summer!!

Gronk's girlfriend, Camille Kostek, was impressed nonetheless, saying of the workout, "All the muscles in my entire body are equivalent to his one bicep . I have to step it up."

As for Licis, he clearly thought Gronk was a worthy gymmate ... writing on his social media, "Overhead squatting the lord of mischief, @gronk, is no easy feat of strength."

By the way, if you want the key to looking like Gronk and Licis ... they seemed to reveal one of their gym secrets -- WORK SMALL MUSCLES FIRST!! 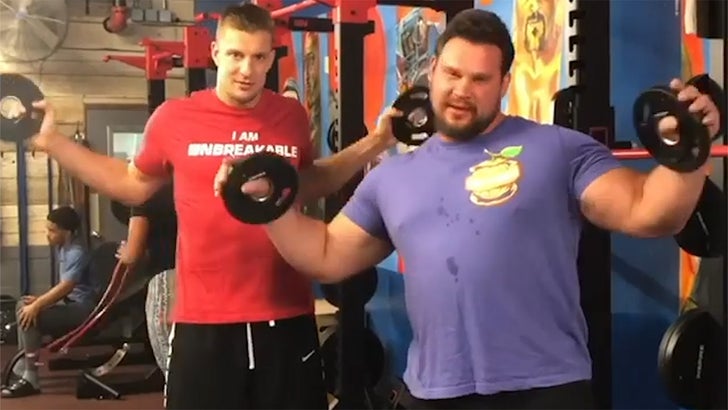 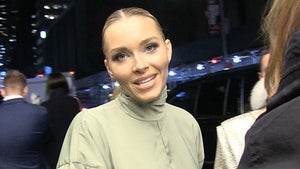 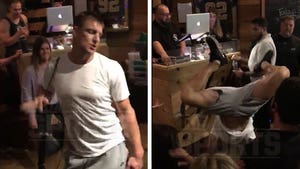