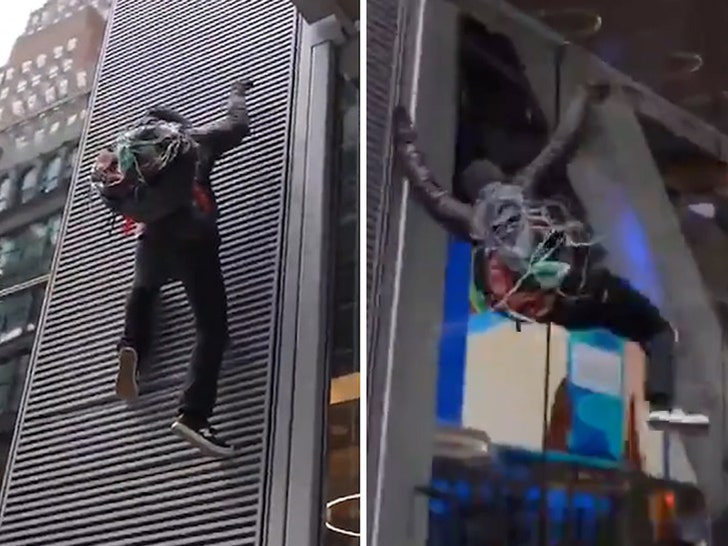 An anti-capitalist protester climbed the ladder ... but it was not the ladder of success, because he plummeted to the ground during a demonstration, injuring himself as the sidewalk oozed with a black substance.

Protester Just Fell off the building while climbing Chase Bank in Manhattan to #StopLine3 pic.twitter.com/Un5kgxV8Du

It went down Friday on Madison Avenue, as 32-year-old Kevin Clarke tried scaling a grid at Chase Bank. The higher he got, the more he struggled until he lost his grip and fell around 30 feet to the ground, injuring his hip.

Many of the demonstrators, including Clarke, were armed with spray paint to deface the building.  When Clarke hit the ground, the can apparently broke because black paint covered the sidewalk around where he landed.  At least one other protester used his undisturbed can of paint to inscribe his message on one of the walls of Chase Bank. 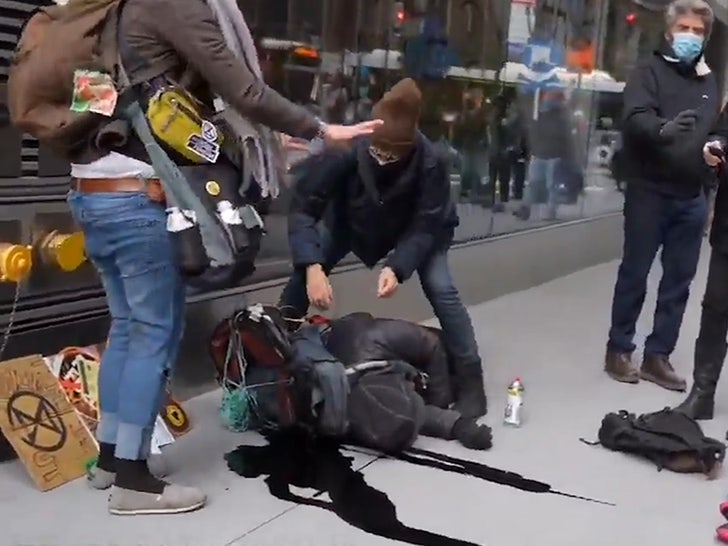 Clarke was arrested on charges of reckless endangerment and taken to a hospital for treatment. He's expected to be ok.

It was kind of a scaled-down version of Occupy Wall Street but with way fewer people and no real organization.  Clarke kind of derailed the whole thing.