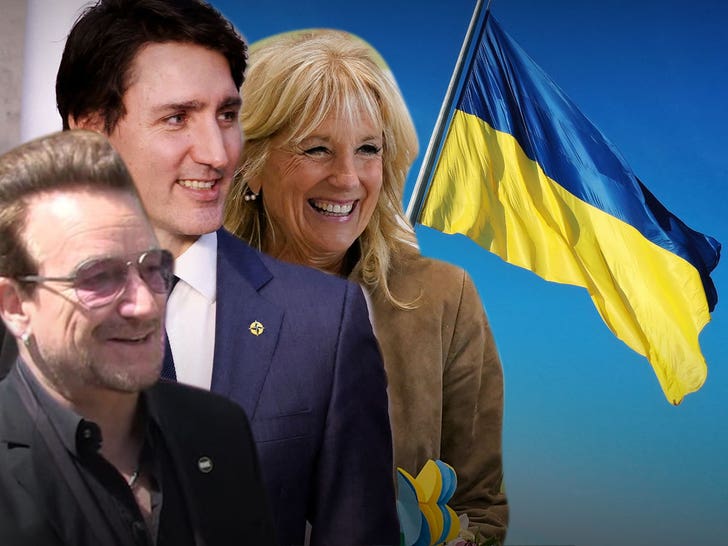 Here's a sign that the tide might be turning in Ukraine -- Bono, First Lady Jill Biden and even Prime Minister Justin Trudeau paid a visit this weekend ... a very pleasant surprise.

The trio don't appear to have traveled together, but they were all on hand Saturday and Sunday in different parts of the war-torn country to lift spirits for Mother's Day ... albeit through different means.

Kyiv metro. Just the legendary Bono from the band U2 sings with Taras Topola.
We are unbreakable. We are invincible. The whole world supports us.
Glory to Ukraine! 🇺🇦#Bono #U2 #StandWithUkraine #Artists pic.twitter.com/7QqoQ1jVtr

The U2 frontman, for example, did an impromptu performance down in a Kyiv subway station alongside The Edge -- singing to a relatively small crowd that had gathered ... but blowing their minds, nonetheless. He even did a duet with Ukrainian singer Taras Topolia!

As cool as that was ... it was Dr. Biden's visit that might've been the most meaningful. She met with President Zelensky's wife, Olena Zelenska, at a school in Uzhhorod ... marking the first time the Ukrainian FL has been in public since February. She's been in hiding.

The visit was unannounced, which made this all the more special. She'd been meeting with refugees earlier in the week in different parts of Europe -- but nobody expected her to drop into the actual country itself ... and yet, here she was giving flowers to Mrs. Zelenska.

Finally, there was Canada's Commander in Chief himself ... PM Trudeau was in Irpin and Kyiv taking in the destruction and devastation -- and even met with Zelensky himself.

Like we said ... the fact these world leaders are there on the ground signals that things might be finally settling down. There's no way they'd send Trudeau or Biden if their respective countries' intelligence thought there was any chance they'd be in danger -- so a good sign.

More and more high-profile people have been going to Ukraine lately ... including Angelina Jolie, who went last week. Here's hoping that normalcy can be restored sooner than later. 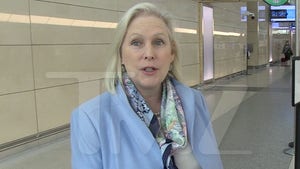 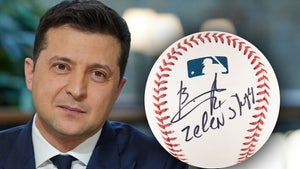