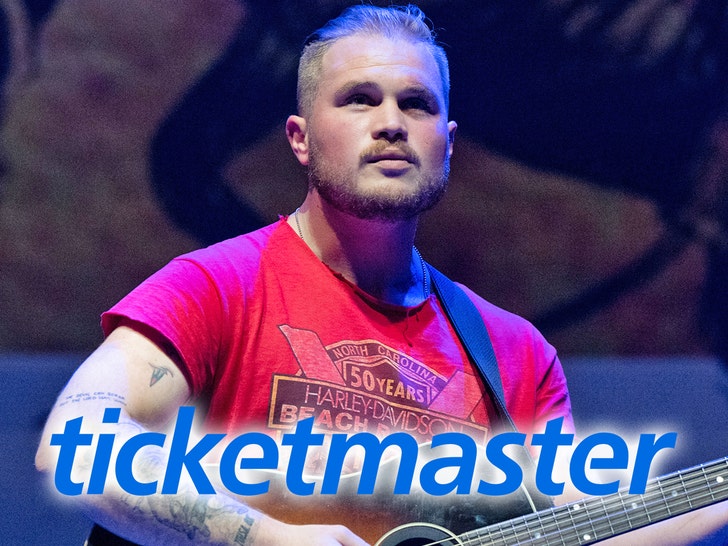 Country singer Zach Bryan clearly ain't holdin' back on Ticketmaster ... because he dropped a brand new album that's putting the company on blast for spikes in ticket sales.

Zach released his latest album Sunday, called "All My Homies Hate Ticketmaster (Live From Red Rocks)" ... and along with it, a statement to his fans -- firing shots at the ticket honchos for its insane price jumps in sales.

He says he's talked to fans that have paid "upwards of four-hundred bucks" to watch him perform, and he's sick of it ... saying he's chosen to only play a select amount of concerts as a result. 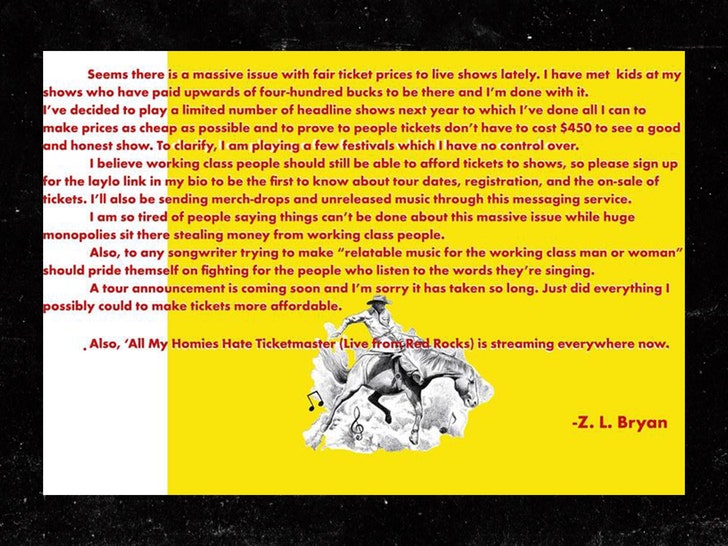 Zach continued, "I am so tired of people saying things can't be done about this massive issue while huge monopolies sit there stealing money from working-class people." He never calls out Ticketmaster directly in his statement -- but the album name alone should be enough proof of who he's pointin' at.

Ticketmaster has been in the line of fire for weeks now ... TMZ broke the story, Taylor Swift fans are alleging the company essentially got into bed with scalpers by allowing bots to block real fans from getting tickets to her latest tour -- and the reason comes down to money. They claim Ticketmaster benefits financially when scalpers resell tickets. 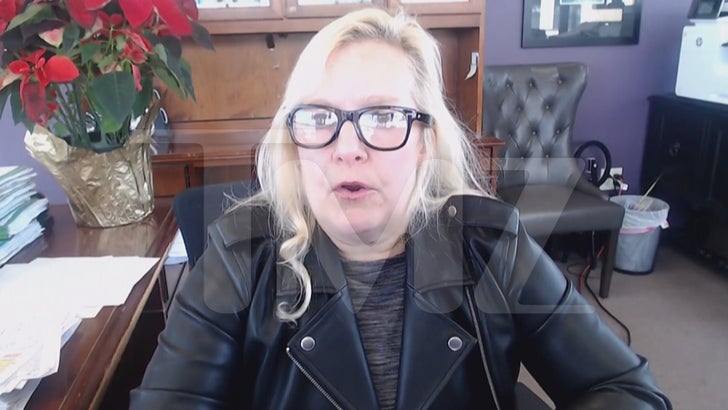 Attorney Jennifer Kinder, who filed a lawsuit against the company, explained to us why she's not buying the company's claim that the presale event problems were simply a supply and demand issue -- saying it comes down to simple math.