Jennifer Aniston was in rare form for the cameras, as she expressed her disdain for a paparazzo who secretly shot topless photos of the star as she stood on the balcony of her home. Aniston's tone is strong and clear as she demands boundaries from people who make a living by intruding on the private lives of stars.

In another clip, Aniston talks about her controversial GQ cover, in which one of her breasts is partially exposed. Jen says the shot was accidental and she's frankly not that upset about it. Jen's position is that she has a right to show what she want, but on her terms.

Indeed, when photogs take pictures of the 'Friends' star without her permission there can be severe consequences. As TMZ reported exclusively, Jen's lawyers went to court in England last week and obtained an order prohibiting the distribution of the secretly-shot topless photo. She's also sued the photog in Los Angeles Superior Court. That case is pending.

Meanwhile, why do Jen and Vince Vaughn want to make it appear that they are not a couple? TMZ has exclusive video shot this past weekend at a trendy Los Angeles restaurant.

Click on the video clip to see Jen talking about breasts and privacy. The full interview can be seen on 'EXTRA' tonight. 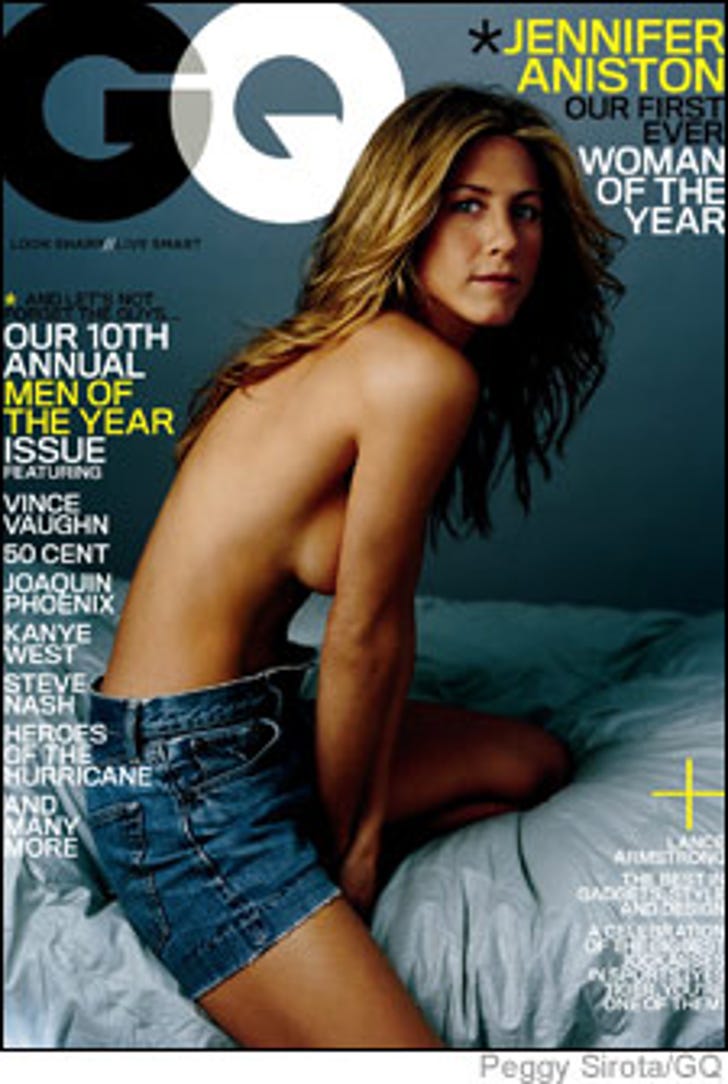