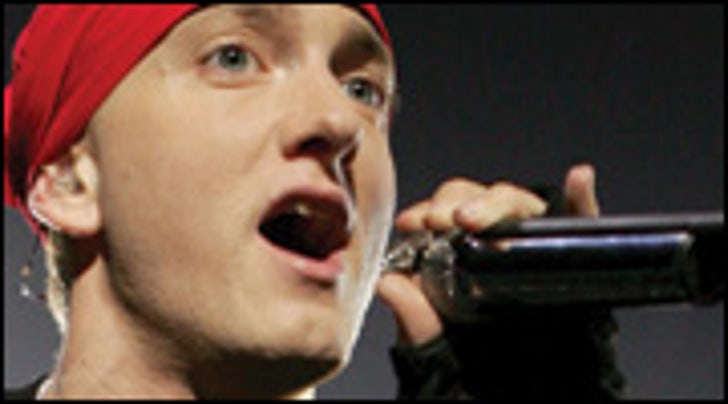 Rapper Eminem filed for divorce this morning from him wife Kim -- for the second time -- after only 82 days of marriage.

The much beleaguered couple first tied the knot in 1999, then divorced in 2001. Kim faced a very public battle with drug addiction and was in and out of jail, but appeared to be on the road to recovery. After a reconciliation, the couple wed again in January 2006 in a lavish ceremony in their hometown of Detroit.

Eminem's attorney, Harvey Hauer, issued the following statement to TMZ: "The parties would appreciate their privacy during this time. I am confident that both parties want just what is best for their daughter."