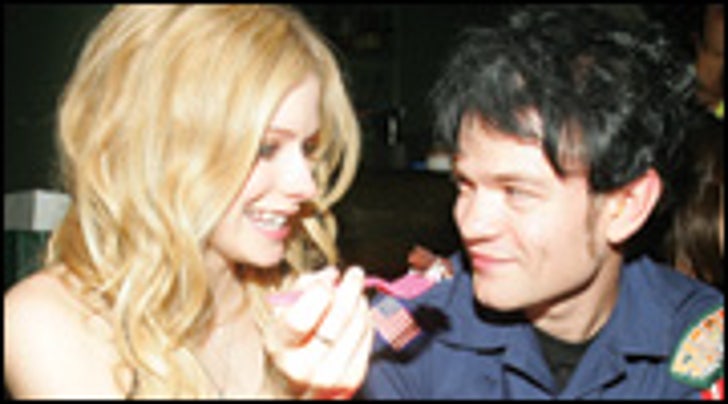 A more mature blonde-haired and groomed Lavigne appeared at the Kids Choice Awards last week looking nothing like she did during her 'Complicated' years. And speaking of kids, Avril wants some of her own, and stat.

Lavigne -- who got engaged to her fellow Canadian last summer -- has told her friends to brace themselves for a traditional white wedding at an undisclosed church in Beverly Hills. But the reception will be a different story.

The "lovebirds" plan to have circus performers, comedians and "known" rock bands playing during the celebration. Afterwords, they'll jet-to Paris, then a villa in the South of France.

At the moment Avril, 21, and Deryck, 26, are renovating the house they bought together in Santa Monica. She's already turning one of the bedroom's into a nursery. And with millions in the bank from her best selling albums, 'Let Go and Under My Skin,' she can certainly afford the remodel.