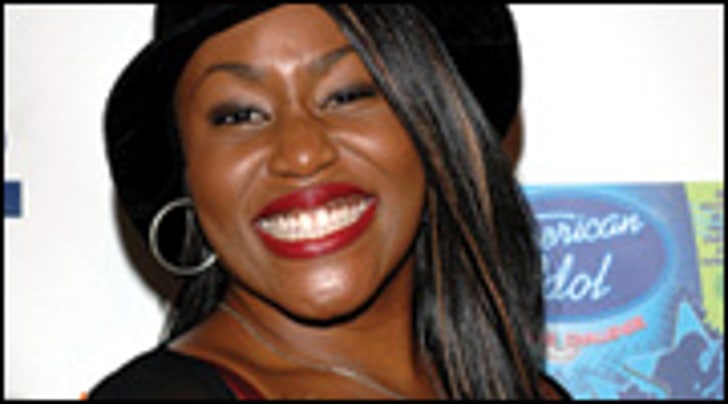 (April 6, 5:20PM ET) -- America's shocking decision to vote Mandisa off 'American Idol' Wednesday night was not a shock at all to those backstage. Sources connected with 'Idol' tell TMZ the buzz behind the scenes last night was Mandisa getting the boot had nothing to do with her performance -- it was all about her openly anti-gay affiliations.

According to TMZ sources, lots of Hollywood types were backstage, including agents, PR flacks, managers and special guests. And the sentiment was clear; as one person put it, "Once you don't have the gays - forget about it."

During 'Idol's' March 28 show, which had a "Songs of the 21st Century" theme, Mandisa's choice "Wanna Praise You" raised eyebrows.

Before she began singing, Mandisa said, "This song goes out to everyone who wants to be free. Your addiction, lifestyle, or situation may be big, but God is bigger!" Mandisa said the song means a lot to her "because it's a testimony that there's nothing too hard for God."

Mandisa is openly a big fan of anti-gay author and lecturer Beth Moore. In her bio on the 'American Idol' website, Mandisa called Moore her "personal American Idol." Moore's website provides links to other sites that locate ministries for "those affected by homosexuality."