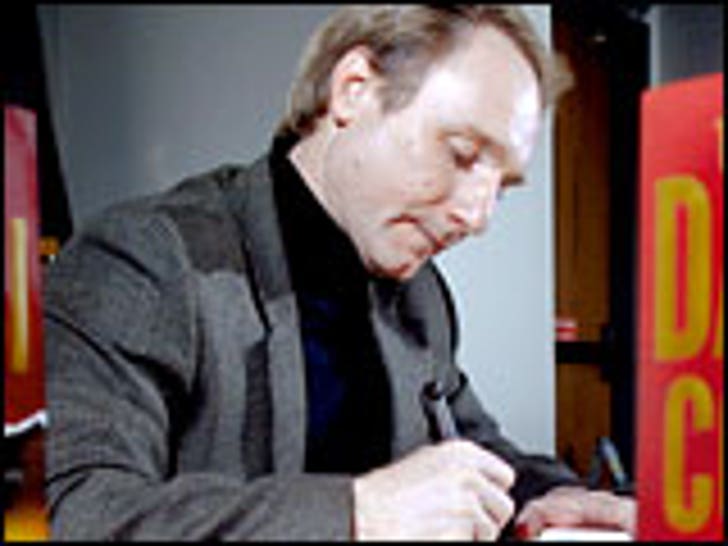 Mr. Justice Peter Smith ruled that the book's author Dan Brown did not breach the copyright of earlier books in compiling his mythical blockbuster which claims that Jesus married and had children with Mary Magdelene.

Authors Michael Baigent and Richard Leigh - who wrote the 'The Holy Blood and Holy Grail' back in 1982 - sued the 'Da Vinci Code's publisher Random House Publishers over Brown's best seller.

In his ruling, the judge ordered the two authors to pay 85 % of Random House's $3 million court costs after finding that neither 'The Holy Blood or Holy Grail' had central themes copied by Brown.

"It was an artificial creation for the purpose of litigation working back from 'The Da Vinci Code,'" said the judge.

Outside the court, American born author Dan Brown told reporters he was "astonished" that his fellow authors had brought the suit in the first place.

He added: "After devoting so much time and energy to this case, I'm eager to get back to writing my new novel."

Since 'The Da Vinci Code' came out in 2003 it has sold more than 50 million copies, making 41-year-old Brown into a publishing phenomenon to rival Harry Potter author J.K. Rowling. In comparison, both 'The Holy Blood and Holy Grail' sold only two million copies.

The film version of 'The Da Vinci Code,' directed by Ron Howard and starring Tom Hanks and Audrey Tautou, will open in theaters on May 19, 2006.