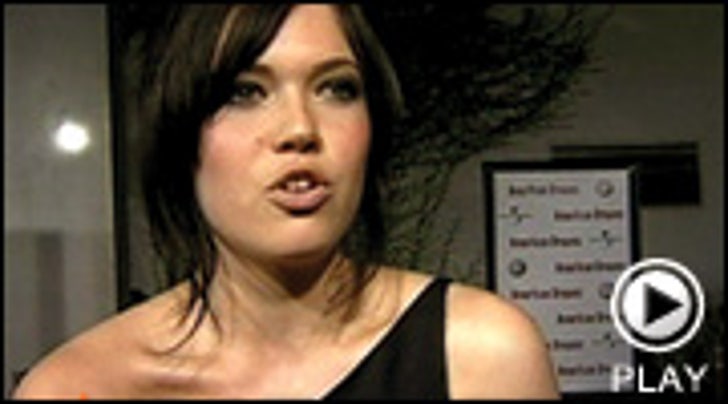 'American Idol,' President Bush and the war on terror all get skewered in the new comedy 'American Dreamz.' Two of the film's stars, Mandy Moore and Dennis Quaid, hit the red carpet for the premiere in Los Angeles.

Quaid, who plays the president in the movie, thinks his performance might warrant a special reward -- an IRS audit!