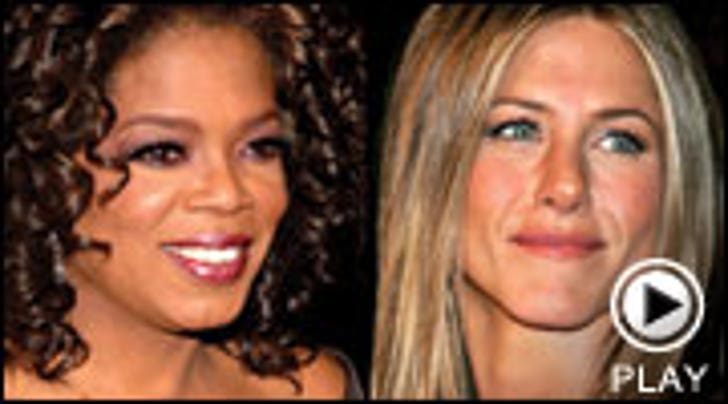 On Monday's episode of 'Oprah,' Jennifer Aniston called in to set the record straight: there will be no $8 million wedding and she isn't moving to Chicago.

Rumors surfaced earlier this month that Oprah Winfrey was going to foot the bill for an extravagant wedding for Aniston and boyfriend Vince Vaughn. Aniston joked about that to Oprah, saying, "It sounds like you're giving me Santa Barbara."

As for the rumors that Aniston is house hunting in Chicago, Jen simply said, "No, I'm good, actually. I've got my house."

For the record, sources in L.A. tell TMZ that Aniston has stopped her house-hunting here. Until a few months ago, Aniston was seriously trying to find a new home; that search abruptly stopped.