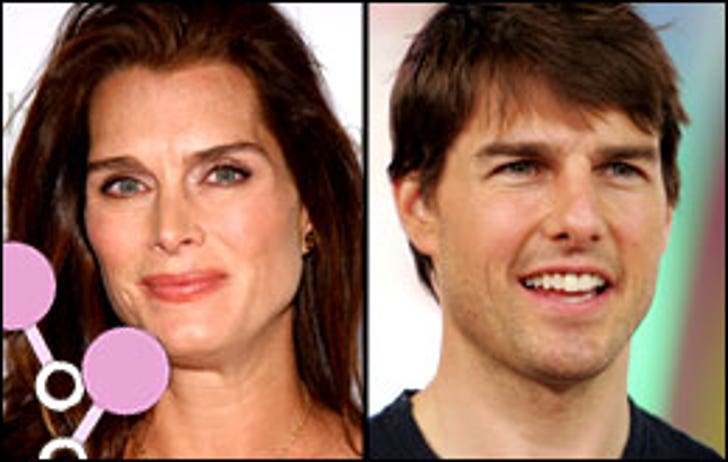 Both sets of mothers and daughters are said to be doing well.

Last year Brooke and Tom, who co-starred together in the 1981 film 'Endless Love,' traded barbs in the media over Shields' use of psychiatric drugs while suffering from post-partum depression. Cruise, a staunch critic of psychiatry, believes the ailment can be treated through exercise and vitamins.

Grier Hammond is the second child for Shields and hubby Chris Henchy. The couple's other daughter, Rowan, turns 3 next month.

Suri is the first child for Tom and Katie. Tom has two children: Isabella, 13, and Connor, 11.

UPDATE: 11:05PM ET -- TMZ cameras were outside Tom and Katie's home in Beverly Hills. We caught paparazzi milling around the grounds and cars going in and out. Word is the black Excursion in the video going into Tom's home is his. We spotted that same Excursion leaving the Church of Scientology Celebrity Centre shortly before that.