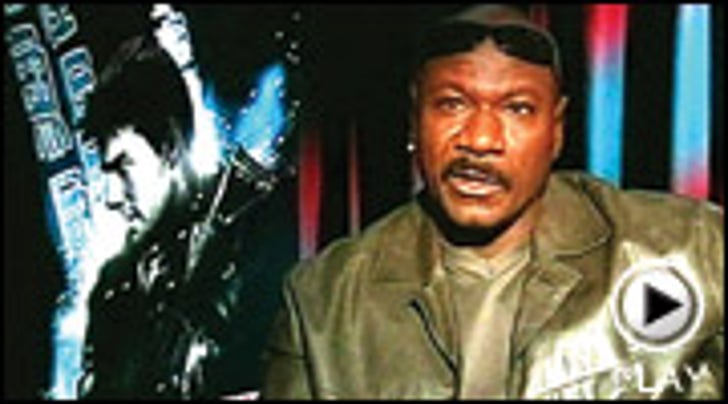 A $100 million movie -- 'Mission: Impossible 3' -- took backseat to a 7 pound, 7 ounce baby girl named Suri when the stars of 'M:I-3' sat down to talk about the new film. The cast ended up talking more about their co-star Tom Cruise's newborn daughter than they did about their experience making the film.

Michelle Monaghan, Jonathan Rhys Meyers, Ving Rhames and Kerri Russell all had something to say about the baby and their good friend Tom.