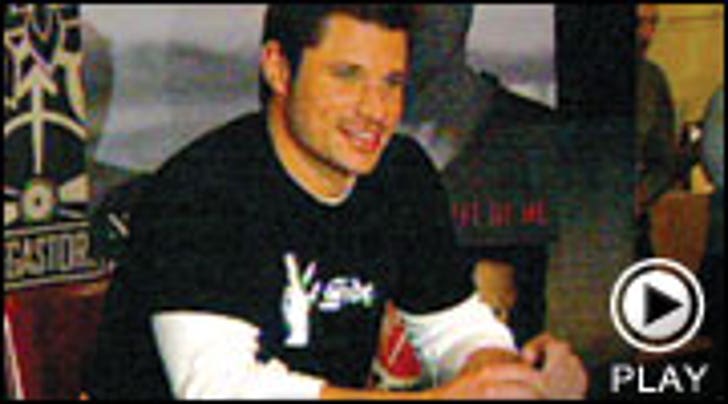 For music fans in New York, there wasn't much left of Nick Lachey.

Lachey was in the Big Apple to promote his new album, "What's Left of Me." Lachey was scheduled to show up for a signing at the Virgin Megastore in Times Square at 4 p.m., but didn't arrive until an hour later. Lachey spent only about 20 minutes at the signing before jetting off to his next gig -- leaving fans to wonder what they bothered standing in line for.