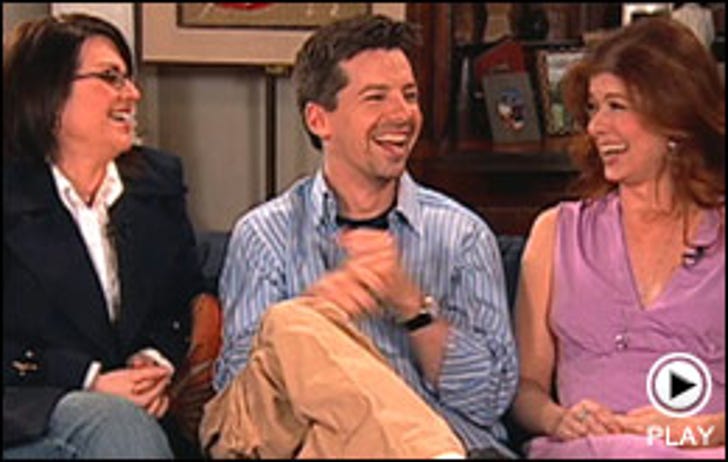 Eric McCormack tried to be serious when the cast of 'Will & Grace' sat down to discuss their last episode, but he was outnumbered. Megan Mullally had nothing but jokes, and Debra Messing and Sean Hayes kept cracking up.

Megan joked to 'EXTRA' that the final episode would involve the entire cast dying "in a boating accident" and talked of taking Hayes' virginity in her dressing room. We're suspicious of both claims.

But jokes are a sitcom's bread and butter and few half-hour comedies can boast as much success as 'Will & Grace.' The show's final episode airs tonight on NBC.