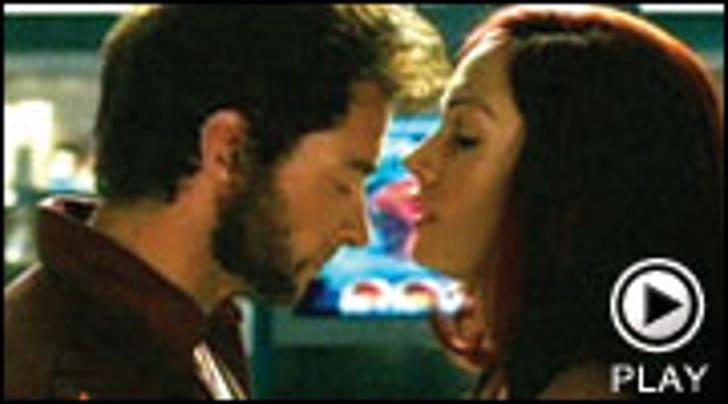 It may seem like a comic book/action movie/blockbuster, but the love story between Wolverine (Hugh Jackman) and Jean Grey (Famke Janssen) in the new 'X-Men: The Last Stand' is as strong as in any chick flick.

"We ultimately wanted to make sure it was a love story," Janssen says. And Jackman agrees: "It's about how far will he go for the woman he loves."

For Jackman, the third installment in the 'X-Men' series is a sign of just how far Jackman has come. "It changed my career," Jackman says. "Pretty much from the moment the movie opened, I was getting more phone calls in than my agent was giving out."