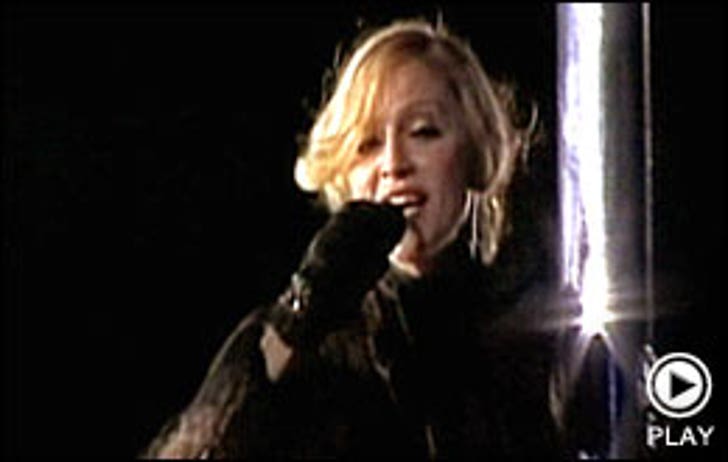 The tour is in promotion of Madonna's hit CD, 'Confessions on a Dance Floor.'

Fans traveled from around the world for the opening-night show. "We traveled 28 hours without any sleep to get here," explained Liam, a fan who came from Manchester, England.

At Sunday's performance, picketers from The Forum's stage union demonstrated before the concert as part of a standoff with the stadium's management.

Madonna's tour continues throughout the summer, ending at Amsterdam Arena on Sept. 4.