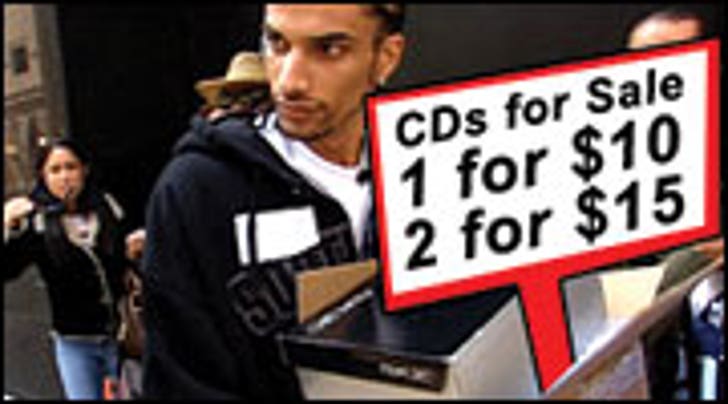 'American Idol's' Taylor Hicks and Katharine McPhee are on top of the world right now. But they shouldn't get too big for their britches just yet -- they could find themselves peddling CDs on the streets of LA just like one of their predecessors.

Even before Tuesday night, the Hollywood hopeful has been seen numerous times in the area peddling his CD -- even in crosswalks. Corey and his friends carry a box of CDs, along with a boombox and posters with the CD cover on them in hopes the public will take interest.

The aftermath of Clark's success on 'Idol' -- and even an alleged affair with 'Idol' judge Paula Abdul -- has left the 'Idol' contestant down on his luck, still in hopes of finding fame and fortune.