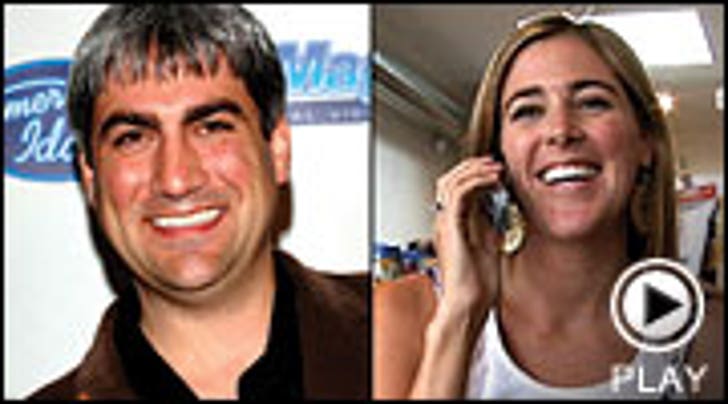 TMZ met up with an old acquaintance of season five's 'American Idol' Taylor Hicks. Emily Arnold is a close pal from Taylor's college, Auburn University, where the two met.

Arnold tells TMZ that prior to winning 'A.I.', Taylor was no stranger to Hollywood. Once Arnold moved to LA, Taylor would often visit her with one particular goal in mind - shopping his demo! Hicks would "rough it up in dumpy hotels" and drive rental cars around the City of Angles from record company to record company in hopes of being signed. One producer was rumored to be Quincy Jones.

Although Hicks didn't have much luck with Hollywood record producers at the time, he did manage to score a gig at LA's House of Blues and even the famous Playboy Mansion.

Once 'A.I.' scooped up Taylor and brought him to Hollywood, he phoned Arnold upon his arrival with one question - Where do I go to get my hair cut?

Arnold admits that even though Taylor's a ladies man and can flirt with the best of them, he's the sweetest man you'll ever meet!