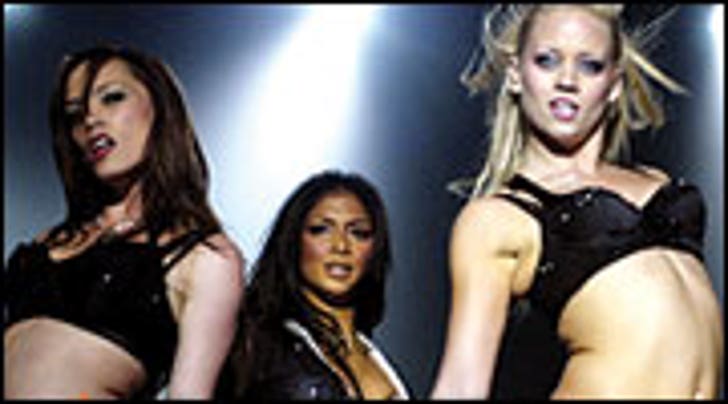 Hasbro Inc. shelved plans Wednesday to release a line of dolls based on the Pussycat Dolls, an all-female music group known for risque lyrics and skimpy outfits.

Hasbro, the nation's second biggest toy maker, said it decided the dolls were "inappropriate" for the company to market and that the pop group catered to a more mature audience.

The move comes amid criticism from a national advocacy group, Dads & Daughters, that had campaigned against the doll line.

The company had reached a deal with Interscope Records, the group's label, to release dolls modeled after the popular sextet - whose songs include the hit single, "Don't Cha." But it released a statement Wednesday saying it had abandoned plans for the doll line.

"Interscope's current creative direction and images for the recording group are focused on a much older target than we had anticipated at the time of our original discussions, thereby making a doll line inappropriate for Hasbro," the company said. A Hasbro spokeswoman, Gail Carvelli, declined to comment beyond the statement. Joe Kelly, president of Dads & Daughters, which organized a letter-writing campaign to get Hasbro to cancel the doll line, said he was pleased with the company's decision.

"We asked Hasbro executives to imagine encouraging their own six-year-old daughters and granddaughters to engage in developmentally unhealthy behavior," Kelly said in a statement.

"It appears that they did that, and then made the right decision for their families, our families, and the company."