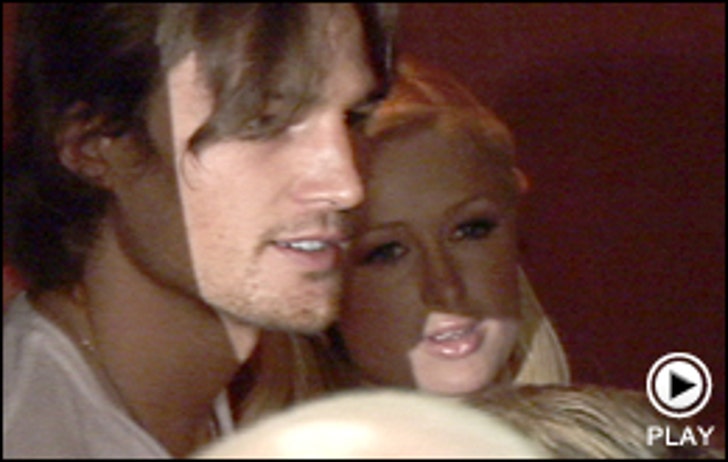 Paris Hilton showed up at Hollywood hot spot Hyde over Memorial Day weekend with an unknown hottie in her sleek Mercedes McLaren. The car is not as new as the beau, but it still doesn't have license plates and Paris had a hard time recognizing it when it was time for the valets to bring it around. She asks, "Is that my car? No, its not. It's the same color as my car."

It's going to be a tough summer for both man and machine, so here's a little advice for Hilton's new toys:

New man: For awhile, you will be almost as awesomely famous as her. Enjoy it while you can, because you may eventually find yourself alone on a desolate street, drunk or crying or both. Also, watch out for video cameras.

New car: She will pack you with wealthy youths and pollute your stereo with her own yet-to-be-released album. Keep your insurance up to date, because she may wedge you under a ten-wheel truck.