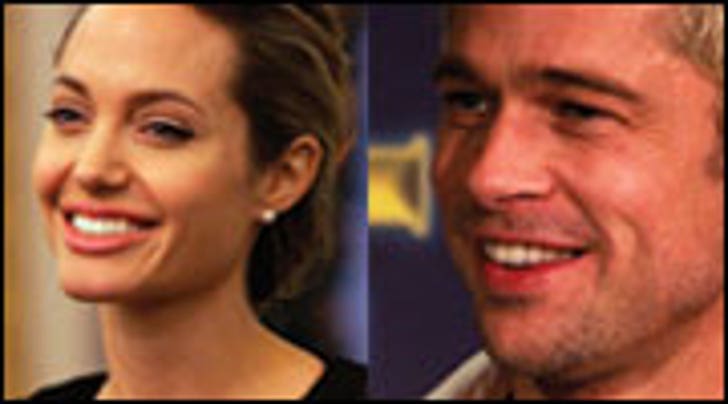 In what was arguably the most anticipated delivery in the world, Angelina Jolie gave birth to Brad Pitt's daughter Saturday in Africa, Pitt's publicist announced.

"The night of May 27, 2006 in Namibia, Africa, Angelina Jolie and Brad Pitt welcomed their daughter Shiloh Nouvel Jolie-Pitt. No further information is being given," publicist Cindy Guagenti said in a statement.

No photographs were being released, she added.

The baby's arrival had been the subject of intense press speculation in recent months, compelling the superstar couple to decamp to Africa for privacy.

The actors were linked romantically shortly after appearing together in the 2005 movie "Mr. and Mrs. Smith

Jolie, 30, is a frequent visitor to Africa and serves as goodwill ambassador for the U.N. High Commissioner for Refugees.

Both had their surnames legally changed to Jolie-Pitt after Pitt announced his intentions to co-adopt the children.

Jolie, who won an Oscar for her supporting role in 1999's "Girl, Interrupted," is divorced from Billy Bob Thornton and Jonny Lee Miller.