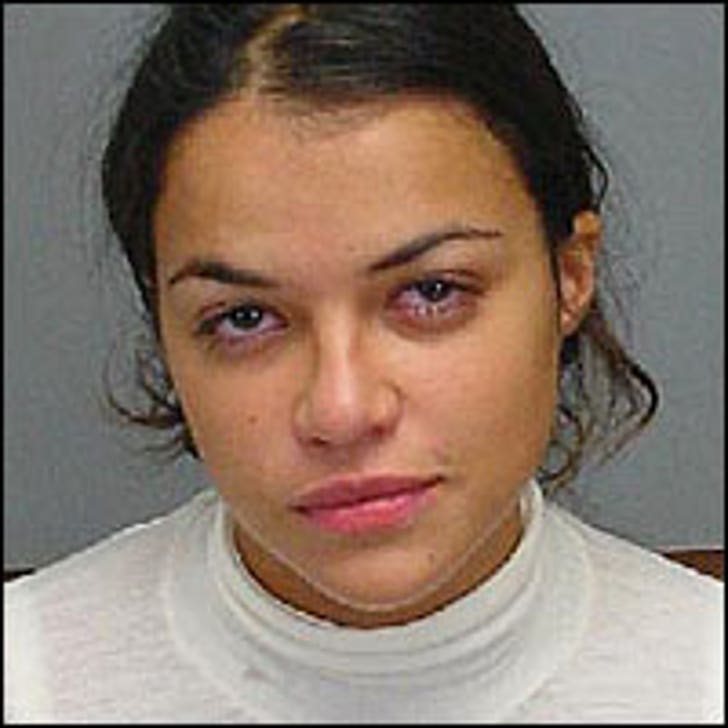 The 'Lost' star checked herself into jail last Thursday to begin a 60-day sentence for DUI-related probation violations. At the time, the star said she would serve her time, then flee the country for France.

But a spokesman for the LA city attorney's office said Rodriguez was released after just less than four and a half hours as part of a book and release program typical for non-violent offenders with sentences of less than 90 days. Steve Whitmore, a spokesman for the LA County Sheriff's Department, said the early release program was implemented in 2002 "as a last resort" to meet budget cuts that reached $180 million.

Over the weekend, Rodriguez not only was spotted stateside -- but she was back in the celebrity swing of things. On Saturday, Rodriguez was seen at the Ultimate Fighting Championships at the Staples Center, alongside Paris Hilton, David Spade and others.