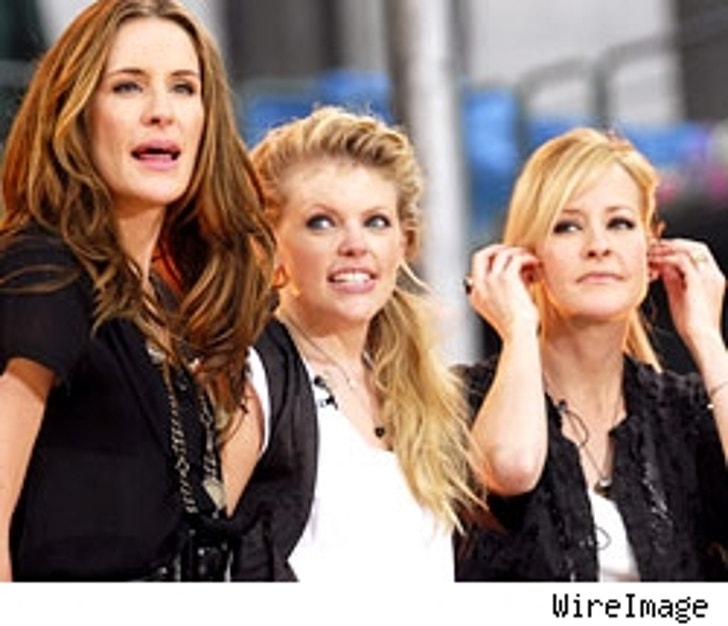 The Dixie Chicks are re-writing the rule books on how to market music. A standard rule of thumb is that you absolutely need major radio airplay to sell records. Well, the Dixie Chicks have proven that wrong.

The Chicks have held the top spot on the charts for two weeks now despite media stories that country music stations across the U.S. are not playing tunes from their new record "Taking the Long Way."

While record sales are soaring, the Chicks have taken a hit at the ticket counter. Sales have been slow in some markets and the ladies have issued a statement on their website denying speculation that there tour will be canceled: "Any reports being made about the cancellation of our upcoming 'Accidents And Accusations' tour are completely false.

We have known since March 2003 [when Natalie Maines spoke out against the Iraq war] that our path in this business would have obstacles at every pass. We have enjoyed meeting each one head-on and we will continue to do so. Dixie Chicks fans are as active and dedicated as they come. This time around we are willingly feeling our way through uncharted territory. Things don't come as easy as they might have come in the past, and it makes each accomplishment more exciting and appreciated. We will go where the fans are with great anticipation and no regrets."

It's impressive to see the Chicks stick to their guns in the face of a concerted effort from various politicians, activists and media outlets to shout them down or build up talk of their so-called demise. Their June 15th show in London - the site of their infamous comments that kicked off the backlash - is sold out. It'll be interesting to see how many sell outs they can muster back home here in the States.