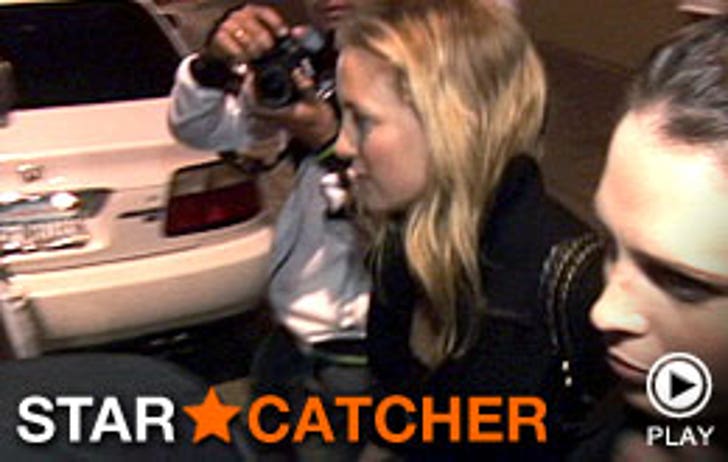 It was another star packed night at Shag, the LA club that is extremely popular with young Hollywood.

The night started out with a rare appearance by Kate Hudson who set the paparazzi of into a flashbulb frenzy. The daughter of legendary actress Goldie Hawn was seen leaving the club with a fairly large entourage.

Also on on hand, the Prince of Pop Justin Timberlake, Kevin Connolly, Jason Wahler from MTV's Laguna Beach and breakout artist Gnarls Barkley who showed the cameras some love.

TMZ's Josh Levine was on the streets for this version of Star Catcher.