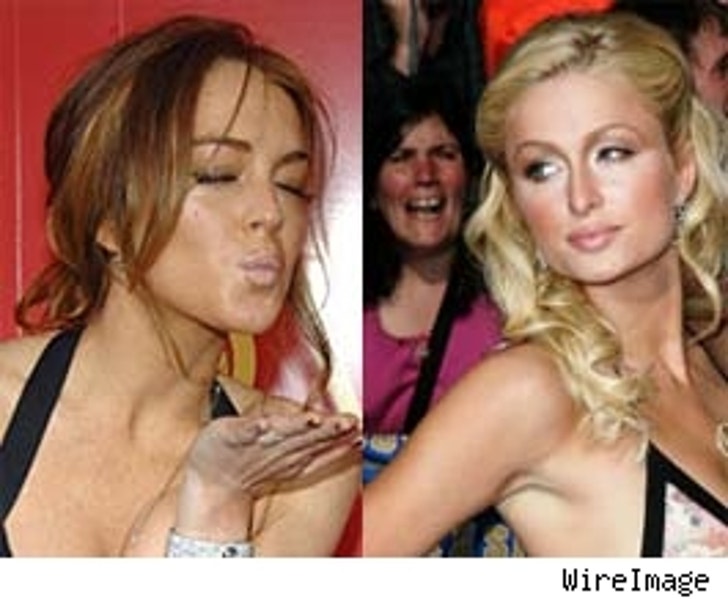 Just over a week after TMZ reported that Paris Hilton and Lindsay Lohan had kissed and made up after the Brandon Davis Incident, it looks like the pair – or at least Paris – have the claws out again.

Plus Jacko, Brangelina, and other top stories.

Just over a week after TMZ reported that Paris Hilton and Lindsay Lohan had kissed and made up after the Brandon Davis Incident, it looks like the pair – or at least Paris – have the claws out again.

Paris approached Lindsay as the two partied at New York's Butter on Monday night and began screaming insults and curses at her, according to this morning's Page Six. "I can't believe you and Stavros! You are ridiculous!" yelled the lodging heiress, apparently none too pleased that Lohan has been seeing her ex-boyfriend, Greek playboy Stavros Niarchos.

After withstanding the verbal onslaught, Lohan replied, "That's how you say hello? I don't need to respond to you," and left the club. Lohan's rep confirms, "Paris tried to pick a fight with her...but Lindsay took the high road." Paris, says Page Six, relieved her anguish by doing a striptease for a gaggle of New York sportsmen, including Giant Eli Manning.

Meanwhile, Paris told 'Live With Regis and Kelly' on Tuesday that she's "single for the first time" and as a result, "I've never really got to know me and, like, have time for myself because I spend all my energy on the boyfriend...I don't need a man." She added that she would like to make up with former BFF Nicole Richie. 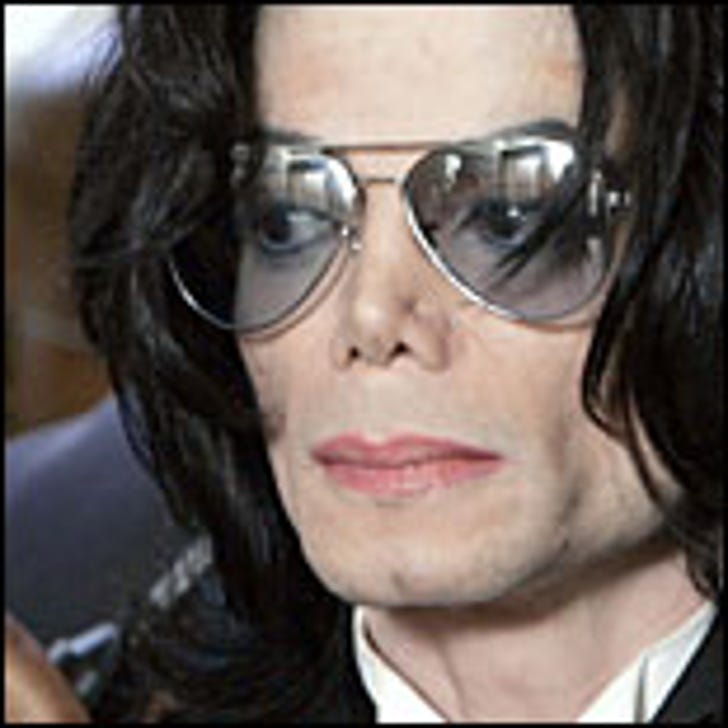 Exactly one year to the day after Michael Jackson's acquittal on child molestation charges, Fox News' Roger Friedman provides new photographic evidence that Jackson fabricated bruises on his forearms in his attempt to accuse the Santa Barbara Sheriff's Department of having roughed him up at the time of his arrest.

According to Friedman's sources, the strange sequence of photos taken at the Ritz-Carlton Hotel in Lake Las Vegas, Nev. shows that Jackson self-inflicted a wound on his arm and then, with the help of make-up, created a large welt whose coloring bears a striking resemblance to the blush on his cheek. Elsewhere in the photos, Jackson's relatively makeup-free face shows the extent of his surgically-induced physical transformation, and the very white hand of a small child – perhaps belonging to Jackson's son Prince Michael – is visible.

One of the "bruising" photos was to be used in a '60 Minutes' piece by Ed Bradley, but was not, and the allegations against the Sheriff's Department were disproved after an investigation.

Continuing in the realm of the very odd, a former employee of Liza Minelli's ex-husband David Gest has filed suit against him for $300,000, alleging that the producer committed many forms of "unwelcome physical and verbal sexual harassment," according to this morning's Page Six.

Charles Beyer, who says he went to work for Gest in Tennessee in 2005, charges that Gest made insulting comments about various parts of his anatomy, among other things, and that he "made sexual gestures" towards Beyer "from the beginning." Gest's lawyer says that all the allegations are false and that the suit is "a bogus attempt to get money from a celebrity." 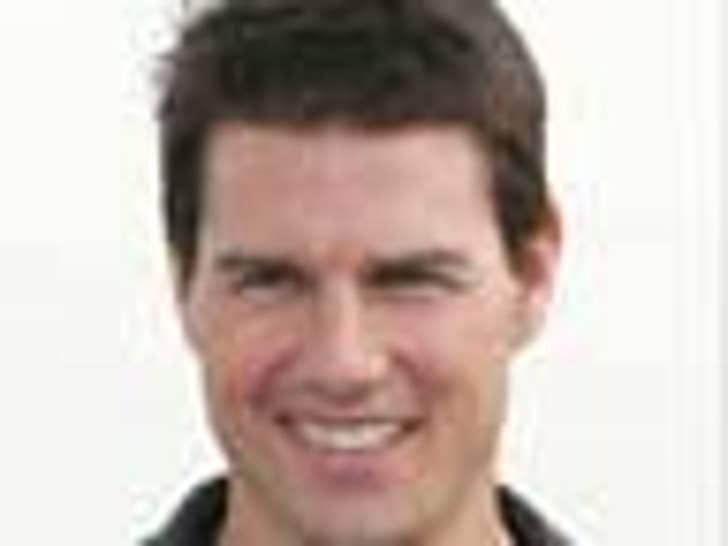 Tom Sends Brangelina Back from Namibia on Cruise Air

Amidst reports that Tom Cruise sent Brad Pitt and Angelina Jolie a note of congratulations on their new baby, this morning's Lowdown column says that Tom actually did much, much better than that-he sent his Gulfstream IV jet to Namibia to ferry the couple and their children back home to Malibu last weekend.

Lowdown's source provides as evidence of the celebrity extraction the fact that the tail number on the jet was N800TC, as in Tom Cruise. Neither Tom's nor the Jolie-Pitt family's reps had any comment. 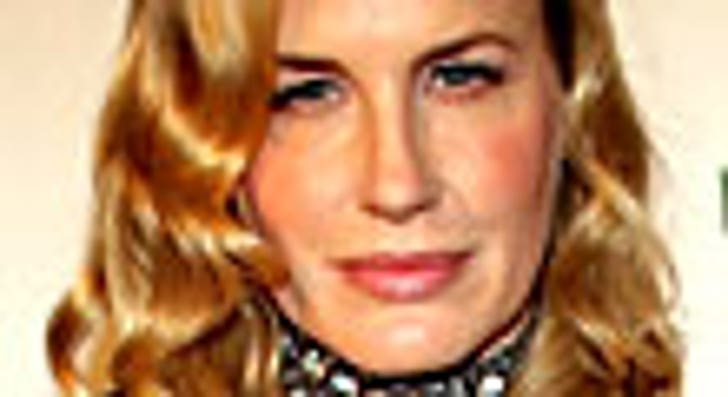 Actress Daryl Hannah was arrested yesterday after living in a tree for three weeks to protest the destruction of a garden in South Central LA.

The actress was perched 40 feet above the ground in a walnut tree when police arrested her on trespassing charges at daybreak Tuesday. "I'm very confident this is the morally right thing to do, to take a principled stand in solidarity with the farmer," she said to the Associated Press. This morning, she tells PEOPLE that she's "not thrilled" about being in jail after her arrest.

Leonardo DiCaprio, Joan Baez and Willie Nelson are among the celebrities who have turned up to show their support for the fruit and vegetable garden, which the owner of the land would like to replace with a warehouse.

TNT's achievement is significant as cable networks seek to develop and program their own original series to draw viewers away from the broadcast channels. "What we have with 'The Closer' is a really great balance between the creative cache of cable and the delivery of a broadcast network," said TNT executive Steve Koonin. "We've been able to do something pretty extraordinary here."

Comedian Jerry Lewis is recovering in a San Diego hospital after he suffered a heart attack yesterday.

A spokesperson for the Orleans Hotel and Casino in Las Vegas, where the 80-year-old Lewis was to have performed in July in his first live performances in five years, characterized the heart attack as "minor" and said that Lewis is "doing extremely well."

Lewis was on a flight from New York-where last week he was celebrated in a Friars Club roast--when the condition began. He still intends to host his annual Labor Day telethon for muscular dystrophy, but no word yet on whether the French citizenry will be forgoing its usual business until Lewis recovers fully.