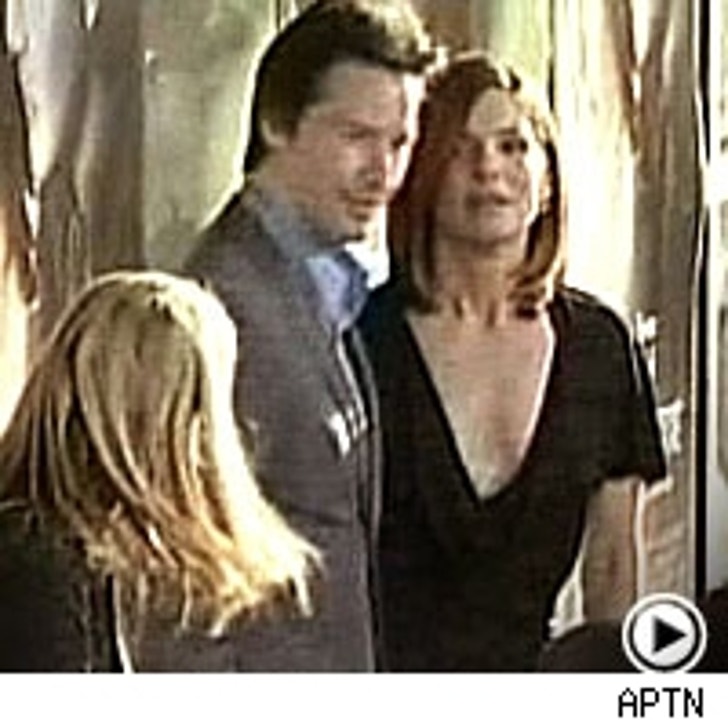 Sandra and Keanu, who last teamed up 12 years ago for the hit film "Speed," are at it again, this time in a supernatural romance.

The film is an adaptation of Korean classic "Il Mare," which follows the story of two lonely hearts who begin swapping letters through a magical mailbox and find out they're actually living two years apart.

Keanu had only good things to say about his co-star at the film's premiere and was glad to be paired with her again, "I don't know if it was different, it was more of just a good thing. She has developed so much as a person and from when I met her until now, there is so much more experience in what she has been doing"

And Sandra let slip that the two plan on working together again in the near future, "You know, we are looking, now we are actually thinking about it more actively rather than saying 'let's see what comes along,' I want to be around him a little bit more in a working capacity. We are finding it."