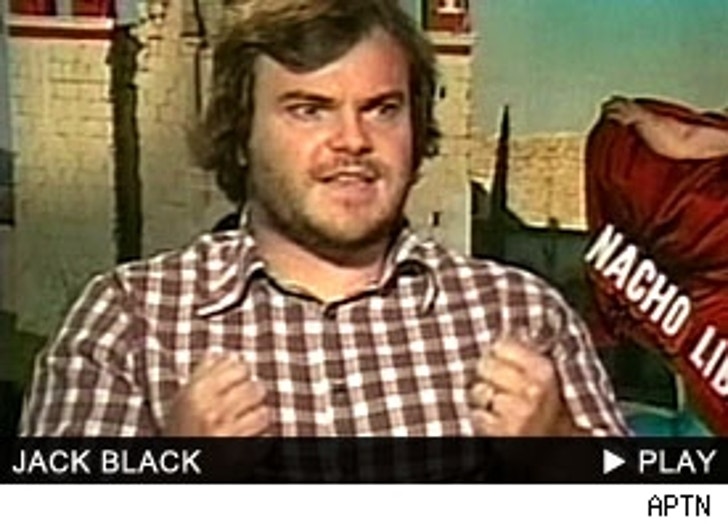 The comedian dons some blue tights and a glamorous red cape as the title role in his newest film, "Nacho Libre." Black plays a chef-turned-lucha libre (Mexican freestyle fighter) who needs to keep his identity a secret from the monastery where he lives and works.

"He loves the Lord but he also secretly loves Lucha Libre, Mexican wrestling, the excitement and the thrills of that life," Black says about his character, who's tormented "because priests are not supposed to wrestle."

Director Jared Hess says the film is loosely based on a true story. "I learned about the story of a true Mexican wrestler down in Mexico City," he says, "who was actually a Catholic priest who began wrestling to provide a little extra for an orphanage and it just seemed like it had a lot of good potential to be a really good fun movie."

Audiences will see how fun it is when the film hits theaters this weekend.