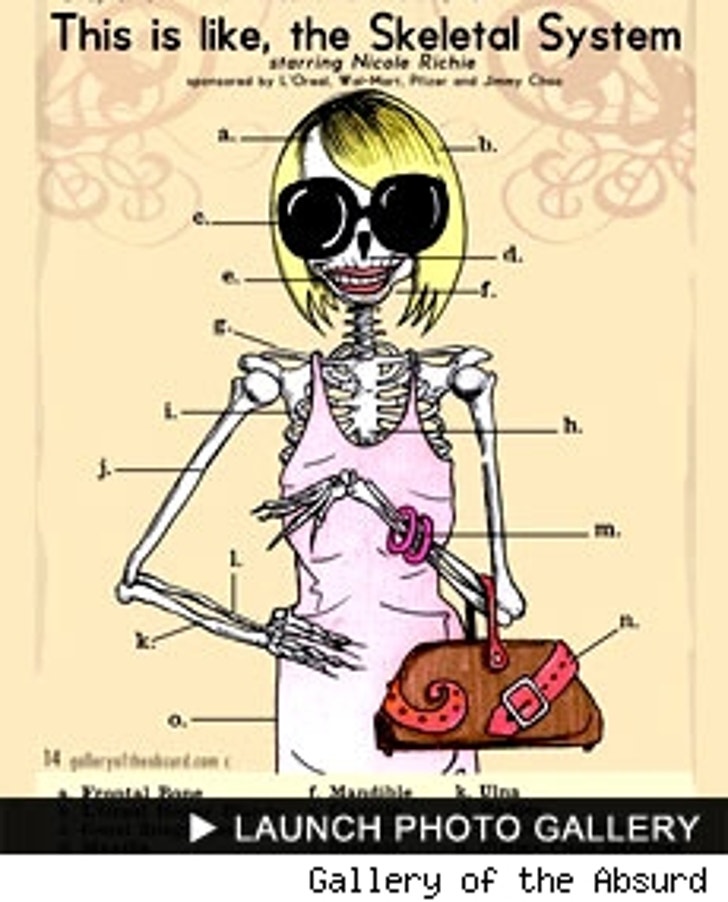 Love those paparazzi photos of your favorite celebrity? Now you can go one step further. Gallery of the Absurd features paintings of today's most talked about celebrities, in drawings that portray the scandal that often surrounds them.

The humorous paintings feature illustrations like Tom Cruise with a pre-nup, Nicole Richie as an example of the human skeletal system, Britney Spears on a Cheetos bag, and Brandon Davis sweating in self disgust.

TMZ contacted the talented artist who calls herself 14, to see if any celebs had contacted her about her work. 14 says that a girlfriend of a famous celebrity commissioned her to do a piece on her boyfriend, but she can't reveal the name.

Public interest in her work has grown so large, her originals are going for upwards of $2,000 and she has an upcoming art show in Chicago to feature all her work. 14 is currently painting a huge canvas of George Clooney eating a hotdog, and she wants him to buy it.

We'll see if that happens, but for now take a look at 14's take on tabloid darlings here.