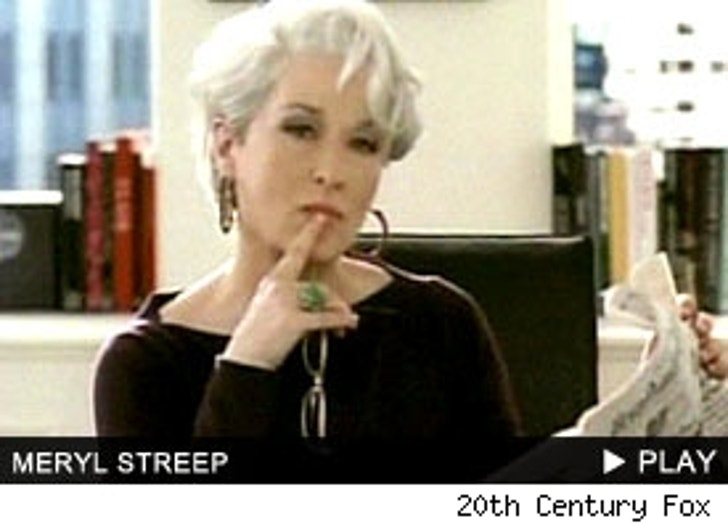 Both Meryl Streep and co-star Anne Hathaway were clad in Valentino at the premiere of their latest film, fitting since the famous designer makes a cameo appearance.

Hathaway, continuing her streak of more adult film roles, stars as Andy Sachs, a college graduate who accepts a job as an assistant to Miranda Priestly, feared editor of the fictional "Runway" magazine.

Anne says Meryl was so convincing as ice-queen Miranda that she feared the actress on-set. "Every time she would have a really good take I would want to vomit a little bit," Hathaway joked. "If I am going to get an ulcer in the future she is part of the cause."

For Streep, the experience was equally disturbing. "They had a great time on the set and I was miserable," she says, "alone in my corner sulking with my felling no one was doing their job adequately." She also calls it one of the more challenging roles in her career, which includes competition like "Sophie's Choice" and "Angels in America."

"The Devil Wears Prada," based on Lauren Weisberger's best-selling novel of the same name, opens June 30.