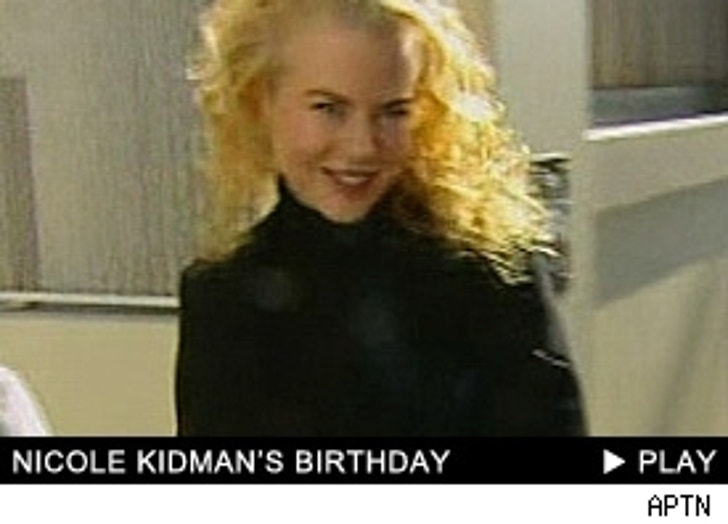 Paparazzi swarmed the Australian actress' home on her 39th birthday but instead of attacking the star, they burst into song. As Kidman emerged entered her harborside mansion, the photogs congratulated her on her special day and later sang "Happy Birthday" into her intercom.

When asked what she'd be doing to celebrate, Nicole replied, "Not much, dinner at my mum's... Boring."

Her "mum" was not the only guest in attendance for her party though, as her sister and fiancé Keith Urban both arrived for the shindig. Later, the actress sent bottles of water and a case of beer out to the media pack with an attached note saying: "Enjoy! Nicole and Keith."

Kidman and Urban are in Australia preparing for their wedding, which is set to take place any day now. According to local media, guests have been told to keep their schedules free from Friday to Monday, as they will be given only 24 hours notice as to the time and location.