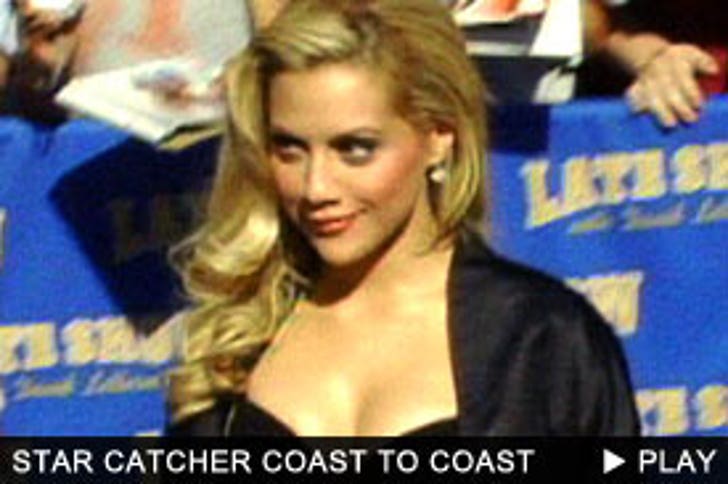 TMZ was outside the fan-packed "Late Show" studio in NY to catch a couple of big stars.

Our cameras caught up with new "Superman Returns" star Brandon Routh as he entered the late-night show, while tons of fans screamed and begged for a glimpse or possibly an autograph.

Also on hand, "Just Married" star Brittany Murphy who was in New York to announce that she will be the voice of Tinkerbell for Disney's upcoming new animated flick "The Tinkerbell Movie," a first in the "Disney Fairies" line.

On the West Coast, our own Josh Levine was at Hollywood hotspot "Hyde" where he ran into No Doubt's bassist Tony Kanal, Lukas Haas and and blonde "Baywatch" babe Nicole Eggert.

All this and more in the coast to coast version of Star Catcher.