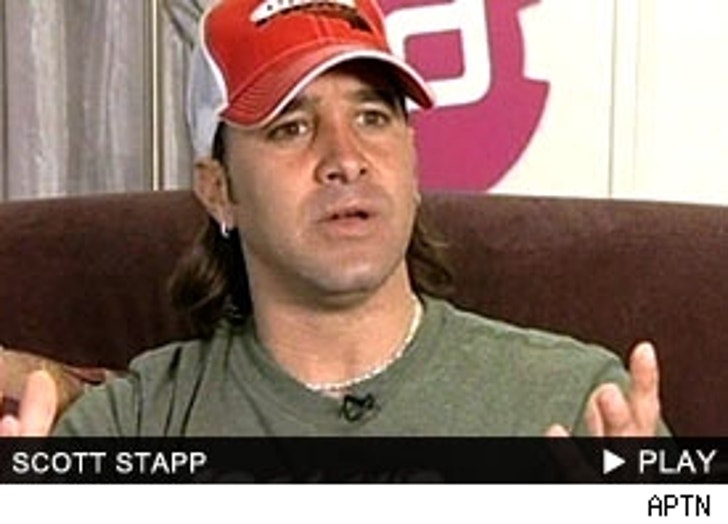 Promoting a new album means many personal questions will be aimed at you, and former Creed frontman Scott Stapp is no exception. Stapp has had his run-ins with scandal, having been arrested for disorderly behavior in February and had a sex tape leaked soon after.

Stapp was actually quite candid about both incidents though and defends his actions. About the bust for drunk and disorderly conduct at LAX he says, "I was on my way to my honeymoon with my wife the day after we go married, celebrating our marriage. Apparently someone did not like the fact that I was in such a chipper great mood...You are not allowed to be intoxicated in public I found out." No charges were filed in that incident.

Soon after the arrest, Stapp was dealt another blow when a sex tape, co-starring Kid Rock and some strippers, leaked on the internet.

"This was one particular incident when me and Kid Rock had some strippers...there is no sexual intercourse on that tape, you won't find it so don't get your hopes up. It's two very young men almost a decade ago, ten years almost ago that the pause button was accidentally not pushed."

The worst part of that incident: the tape was released three days after his marriage.
Stapp is making a return to music, this time solo, with the album 'The Great Divide' and a tour with INXS which kicked off last night.