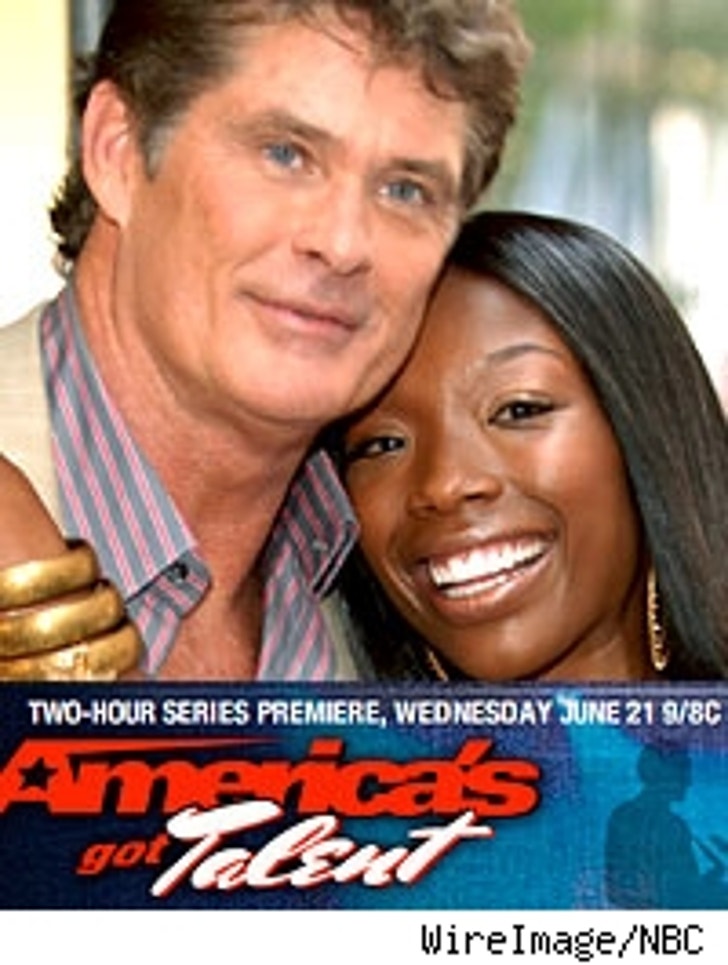 That would have to be the conclusion reached by most viewers of last night's premiere of "America's Got Talent" on NBC, the latest competitive confection from Simon Cowell and his "Idol" partners at FremantleMedia.

Even with the influence of two men – Cowell as executive producer and Regis Philbin as host – who helped make "Idol" and "Who Wants To Be A Millionaire?" respectively the two biggest summertime TV sensations in history, the show was frequently painful to watch, and not just because the "talents" on stage – among them a rapping granny and a man breakdancing in a giant puffy cow suit shooting milk out of the udders – seemed to be as much working out issues as doing their routines.

As for the judges, they hewed closely to the now-ubiquitous panel formula of Nice Judge-Fawning Female Judge-Mean Judge With English Accent. But the team of European megastar David Hasselhoff, pop diva Brandy, and Brit journalist Piers Morgan had nothing resembling chemistry, though the same could've been said of Randy, Paula, and Simon in the initial stages of "Idol." Still, Brandy's sympathy seemed deeply forced, Morgan's sniping was appropriately dry but almost too so, and Hasselhoff was just plastic and weird, often struggling to find the right response to the performers.

Regis, for his part, appeared uncharacteristically ill at ease with the show, not knowing whether to ridicule the contestants or the judges.