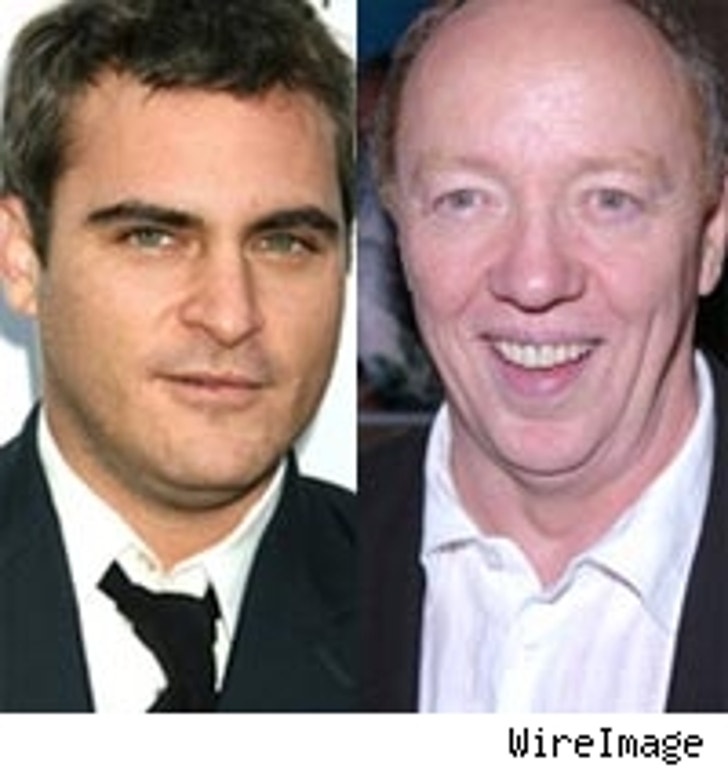 EXCLUSIVE: We just got the word: Joaquin Phoenix is in negotiations to star in a film adaptation of "Reservation Road," the novel by John Burnham Schwartz. Directed by "Hotel Rwanda" writer/director Terry George, it marks the Oscar-nominated George's first project since "Rwanda." (George wrote and was to have directed the Denzel Washington drama, "American Gangster" but dropped out of the project after Universal lost interest in its escalating budget.)

The film, like the novel, explores the emotional aftermath following the hit-and-run killing of a college professor's 10-year-old son, and his subsequent desperate hunt for the murderer.

The pairing of the Oscar-nominated Phoenix ("Walk the Line") and George ("Hotel Rwanda") is clearly Oscar-bait, but as usual, it's the indies that will have to carry that water: No studio is yet attached to the project as a distributor, but our spies tell us the New York millionaire Dean Lovett is financing the film with the hopes that a studio will snap it up for an easy, pre-fab entry to Academy Awards season.

Phoenix is currently filming "The Yards" director James Gray's "We Own the Night" a film about a night club owner trying to save his brother from Russian mobsters. "We Own the Night," like "Reservation Road," is being produced by Nick Wechsler, who most recently produced "North Country" - a film that received Best Actress Oscar nominations for its stars, Charlize Theron and Frances McDormand.

Man, if it wasn't for the indies, there wouldn't even have been an Oscars last year; this year looks to be shaping up no differently.