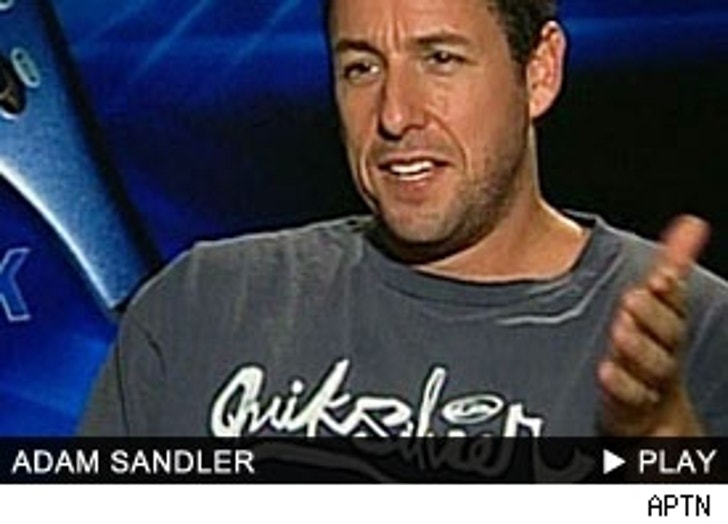 What would you do if you could control the universe with a remote? For Adam Sandler's character in 'Click' it's time to pause the work day and give his boss, David Hasselhoff, a good bitch slap.

For some, the visual of someone smacking "Baywatch"'s Mitch Buchanan around would be worth the price of admission alone, but it definitely doesn't hurt that the film co-stars the lovely Kate Beckinsale.

"It's a strange thing to see yourself sped through and rushing up the stairs really fast backwards, that's kind of strange," says the Brit about her role as Sandler's wife, "I think the movie is clever in that it sets up an idea of 'wouldn't that be a wonderful thing' and by the end of it if you handed it out to the audience I don't know how many people would end up taking it."

For the former "SNL" alum, having the power to fast forward through life would be good for one thing: "I guess I would fast forward to find out of I would ever eventually become president, because it's on my mind every now and then; is it going to happen?"

Sandler for President in 2008? He probably shouldn't hold his breath.