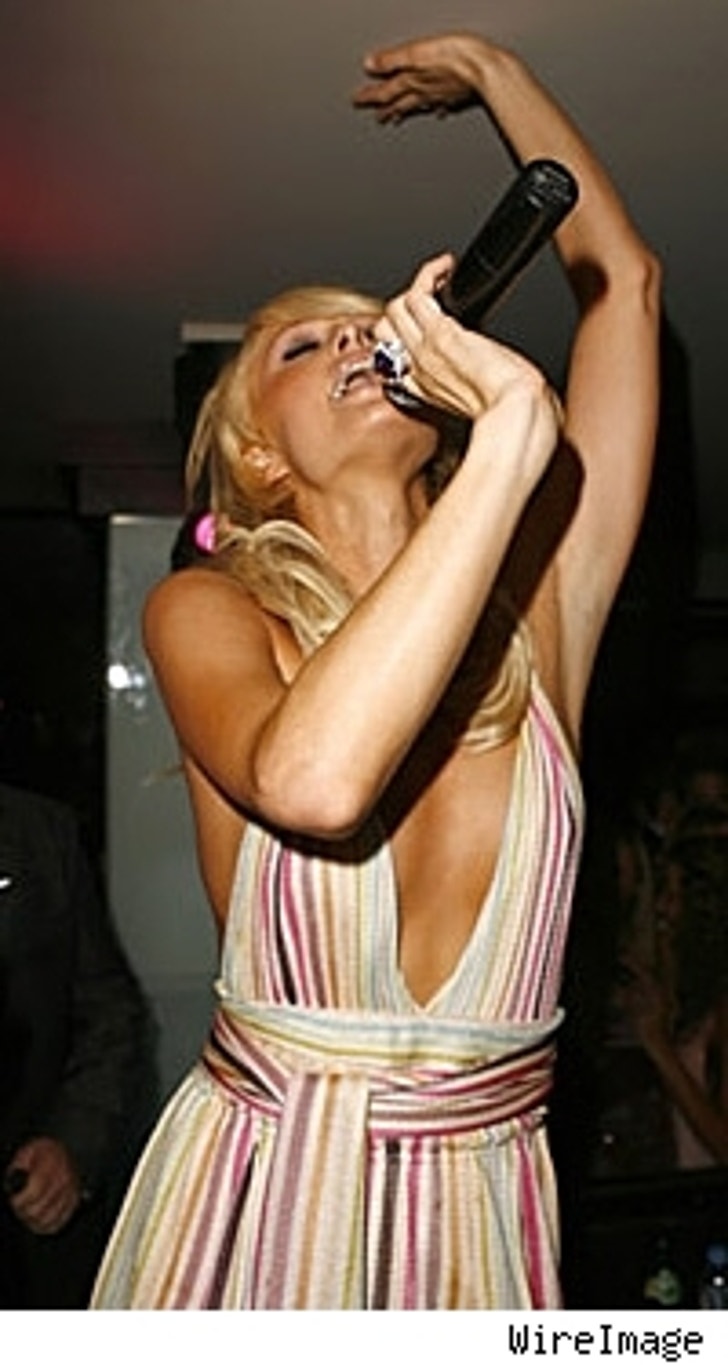 Perhaps Paris really does know best, and the gods, as she sings, really are crazy. "Stars Are Blind," the first musical effort from the lodging heiress, is burning up the music world, dominating airplay at the biggest urban radio stations and all over the online music firmament, prompting widespread downloading and, in one highly amusing case, spontaneous drive-dancing.

In just its fourth week of release, the reggae-dusted "Stars" is already the most requested song at Los Angeles' KIIS-FM, from which it was first leaked on Ryan Seacrest's show, and at New York's Z100, typically the highest-rated pop station in the city. It was the most downloaded song at Yahoo! Music and number six at the Apple iTunes Music Store, putting it ahead of such acts as Rihanna and the Red Hot Chili Peppers.

What's more, the video for the song – in which Paris does an somewhat tepid and highly parody-ready impression of Helena Christensen in Chris Isaak's "Wicked Game," has become an Internet phenomenon, garnering more than a million and a half plays on YouTube and millions more on MTV.com.

Having boldly ventured into the worlds of fashion, fragrance, film, television, and, now, music, what artistic lands could possibly be left for this multi-hyphenate phenom to conquer? Someone might want to tell newly minted Poet Laureat Ted Kooser to start looking for a new gig...