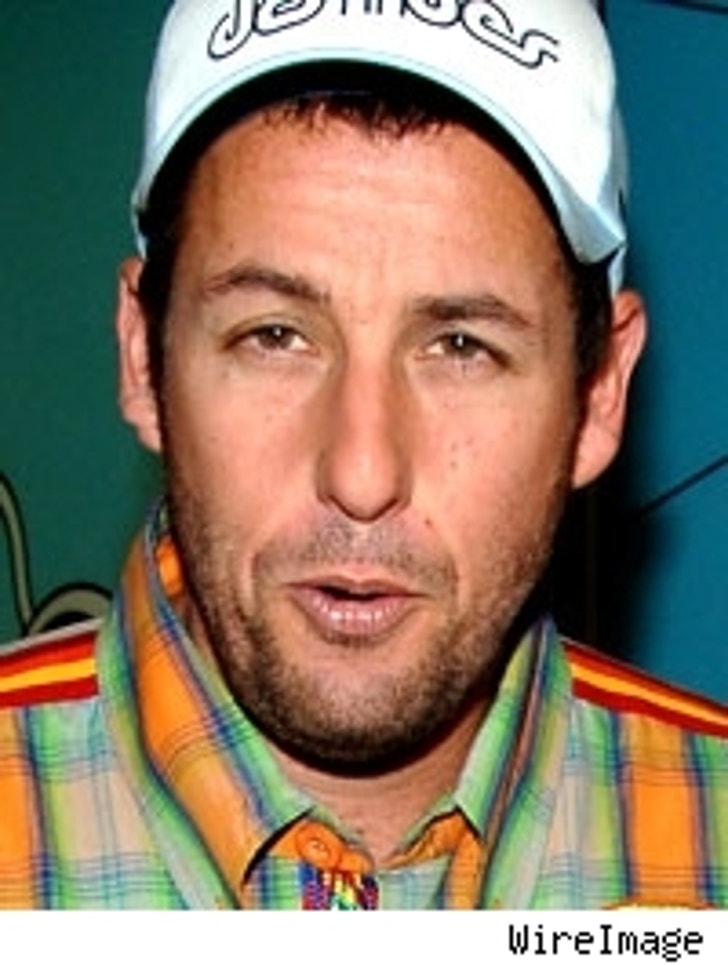 Audiences surfing the cinematic dial this weekend chose "Click" in a big way, giving the Adam Sandler comedy vehicle a $40 million opening and the top spot at the box office, according to studio estimates.

Though the film's debut fell short of such recent Sandler outings as last year's "The Longest Yard," 2003's "Anger Management," and 1999's "Big Daddy," "Click" is the seventh picture starring the goofball actor that surpassed the $35 million mark in its first three days, proving that Sandler is as bankable a commodity as exists in Hollywood. And if Sandler's past six comedies (with the exception of "Little Nicky") are any indication, "Click" is on track to pass $100 million in total domestic receipts with ease.

"Adam Sandler has this timeless appeal to audiences," said Paul Dergarabedian of box-office tracking firm Exhibitor Relations, to the AP. "He's like a big kid, and people love that about him."

Speaking of tracks, Pixar's "Cars" relinquished the top spot, coming in second place with a $22.5 million weekend that brought its total to $155.9 million thus far, which is several paces behind "The Incredibles" or "Finding Nemo" at the same stage. Last weekend's number two, the Jack Black wrestling comedy "Nacho Libre," took a hard fall, down 57% to $12.1 million to land in third place, while "The Fast and The Furious: Tokyo Drift," came home with $9.2 million to finish in fifth place.

Perhaps the biggest surprise of the weekend was the Tyrese Gibson action-drama "Waist Deep," which took in $9.5 million despite playing on just over 1,000 screens, a per-screen average of $9,414 that compared favorably with "Click"'s $10,670 at 3,749 theaters, which is the widest release of any Adam Sandler film.