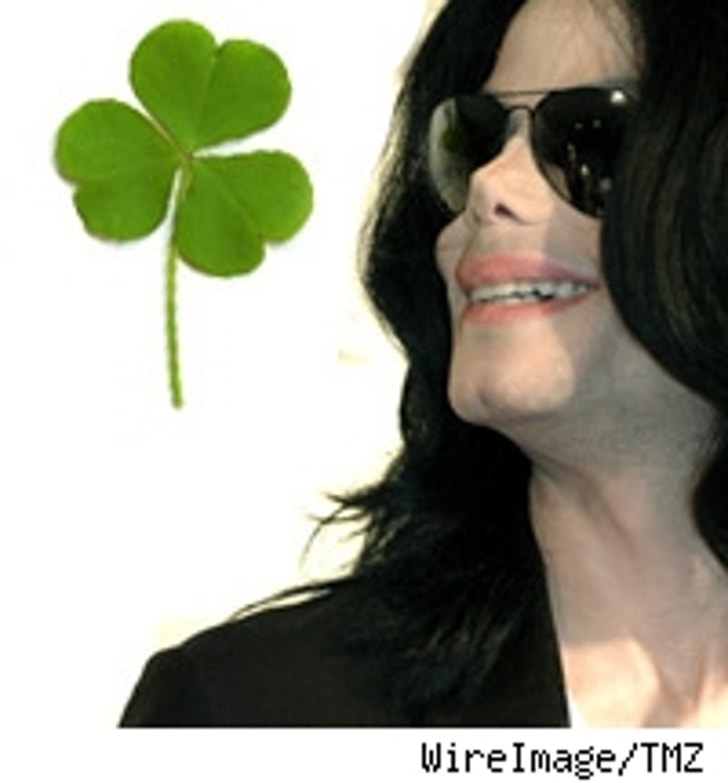 It's not news that Micheal Jackson might be closing Neverland Ranch here in the states and that he's been spending time in the Middle East in Bahrain, but could Jackson be eyeing the Emerald Isle as a new place to set up camp?

Jackson was in Ireland this past weekend. The 47-year-old former "King of Pop" reportedly took in a Bob Dylan concert in Kilkenny. The visit prompted speculation that Jackson would be visiting various castles and possibly joining Dylan onstage, but the latter didn't materialize.

The trip to the magical island could have just been a getaway designed to take his mind off his latest US legal troubles-- trial is set to start today in a breach-of-contract case brought by former Jackson associate Marc Schaffel who claims Micheal owes him over $3 million dollars. But with scores of Peter Pan-like castles dotting the Irish countryside, it's possible Jackson could be thinking of a relocation. Or, perhaps he's simply there looking for leprechauns hoping to see some lucky charms?