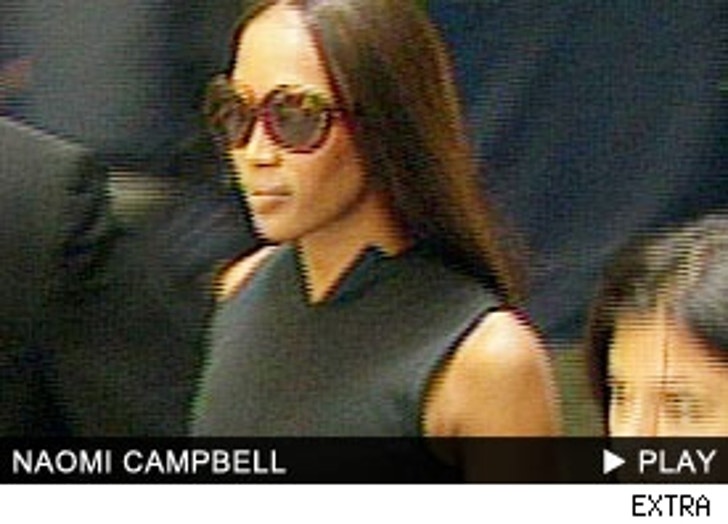 Naomi Campbell appeared in Manhattan District Court this morning with no domestic servants or blingy Blackberries in sight, wearing four-inch heels and a slim black dress with her long brown hair cascading down her back. Her arrival -- during which she sashayed past the cameras as though on a runway -- was much more of an event than what happened inside, where she stayed for barely ten minutes.

The Manhattan District Attorney's office tells TMZ that Campbell's case was adjourned until September 27, and that "there will be conversations between the attorneys about how to resolve the case" before then, paving the way for a possible settlement.

Campbell is charged with assault in the second degree for allegedly hitting her then-maid Ana Scolavino on the head with a crystal-covered Blackberry phone, supposedly because Scolavino couldn't find a pair of Campbell's jeans, which Campbell then accused the maid of stealing. If the case goes to trial and Campbell is convicted, the maximum penalty is a year in prison. Campbell has denied all charges.

And just yesterday, Campbell was accused by another maid, Gaby Gibson, of various complaints including "personal injuries" and "civil assault," and added that Campbell's ire was raised once again by – what else? – missing denim.