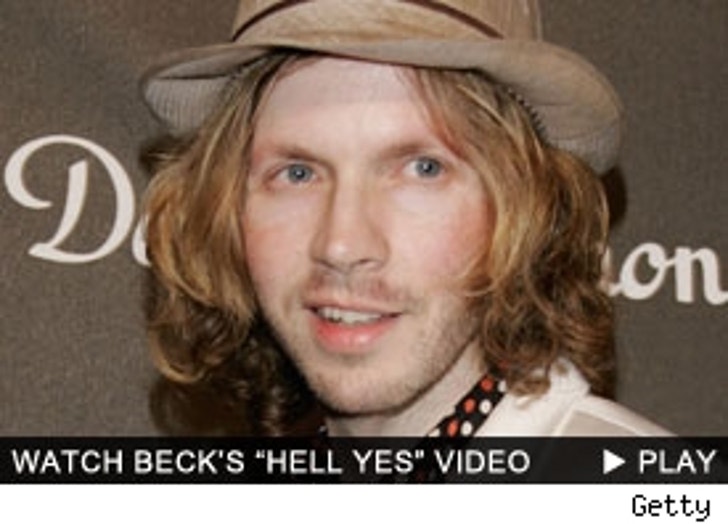 You never know what to expect when Beck comes to your town.

Beck's latest tour includes lip-synching marionettes who are projected on a screen directly behind the band. If Beck did it, his marionette counterpart also did it. The same can be said for the entire band. During the first encore the marionettes (without the actual band on stage) played his first hit "Loser."

At no other show will an audience cheer puppets lip-synching to a pre-recorded track. Well... maybe Ashlee Simpson, but we digress. Then, to top it off, Beck rapped in a bear costume.

Beck has confirmed his next album, slated for a fall release, will be hip-hop. Which can only mean the next tour will involve bling, baggy clothes and lots of dancing women