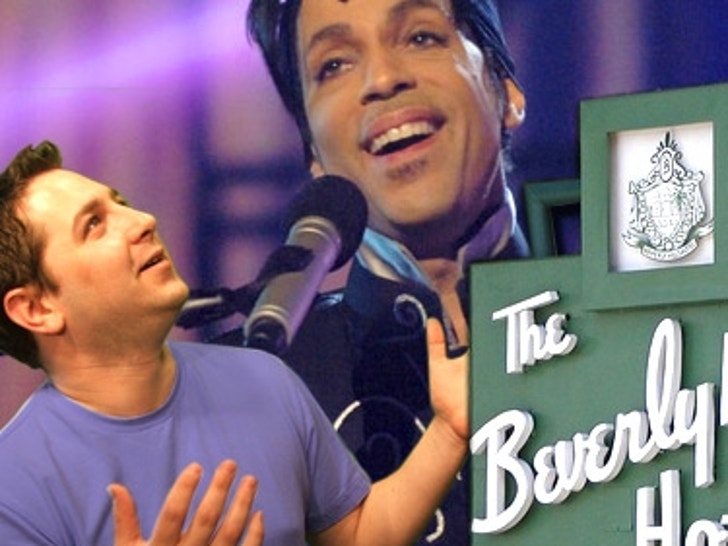 My name is Daniel. And I am a Prince fan.

I don't consider this an addiction as much as it is my duty. It requires a certain level of focus and commitment. He says jump, we say how high.

Last night was the perfect example. 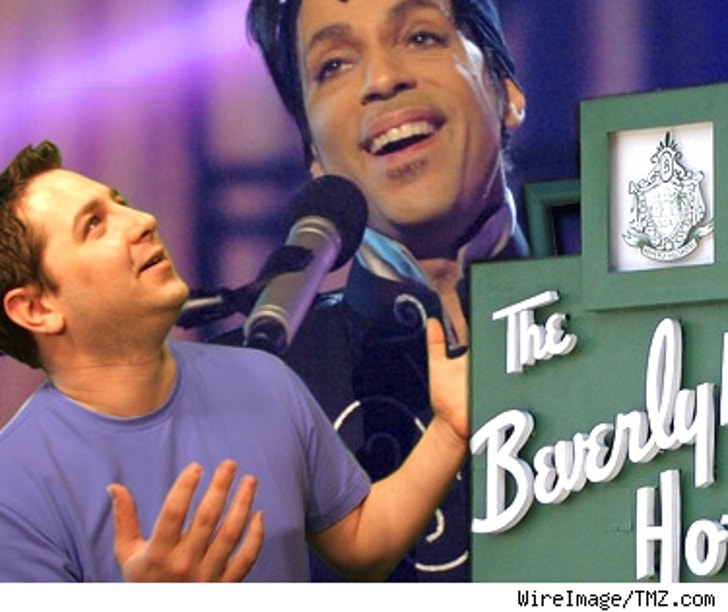 I got an email on Tuesday at 11:50 AM. The email said that Prince would be playing a show that night-- where? They didn't know yet -- and that tickets would be going on sale at noon. Prince was closing the BET Awards that night and apparently this was the after show. I had 10 minutes to get tickets. (Apparently the email went out earlier than this; I just got it late).

Now in the Prince fan world, it isn't every fan for themselves -- we're all in this together. So I immediately sent out the Bat (er, Prince) Signal to my friend Monica. My email: "Call me now. Prince related."

It took her one minute to call me back. Literally.

We both logged onto to Prince's official Web site: NPGmusicclub.com. We waited patiently (not really) for the clock to strike noon. When it did, we clicked and typed as fast as we could. And it was a good thing - there was a one ticket limit.

We secured our tickets and proceeded to go back to the first page to see if the link was still there. Sold out. And it was 12:01 PM. Oh, and I still don't know where the show is. 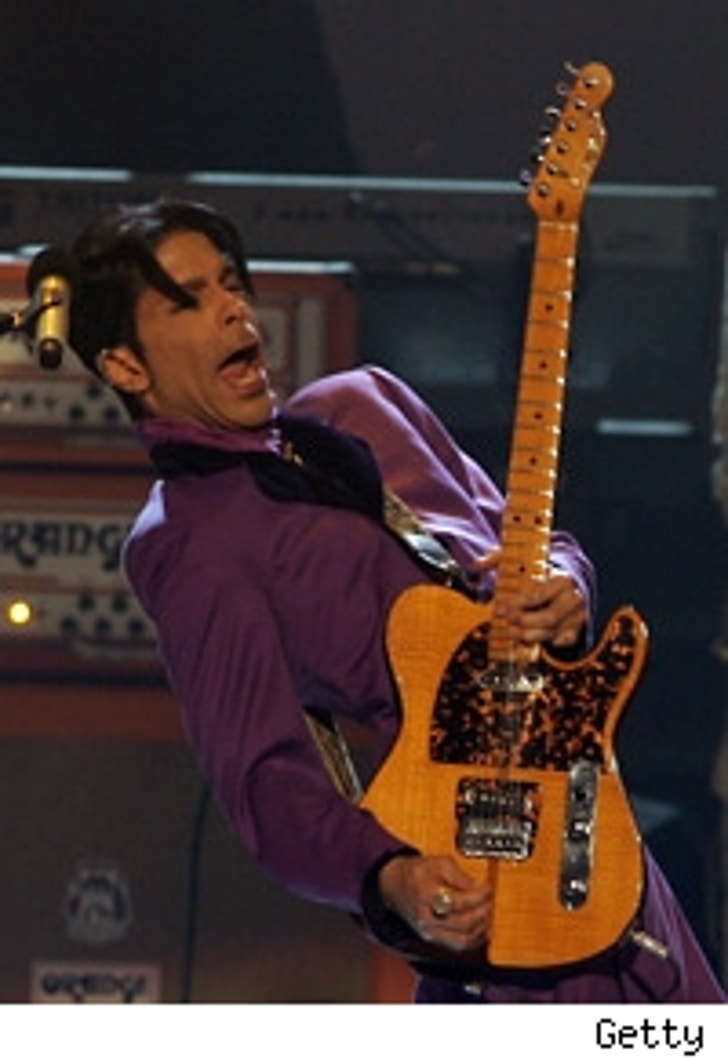 Ok, let me go back for a second. When I said "ticket" earlier, I misspoke. See, there were no tickets. As the Web site told me (and forgive the "Prince speak"): "U r making a donation 2 get on the guestlist. U will get an emale with more details."

An hour later I got the email detailing the show -- it is at the Beverly Hills Hotel Ballroom. Great, at least I know where I am going.

Here's what the email said: "Ur name IS on the guestlist 4 2nite. U r invited. However, instead of buying a ticket, u made a donation and that donation put ur name on the guestlist. It's very important that this is clear. There are no tickets, just the guestlist, which u r now on."

The email went on to implore those of us that got our name on the guestlist to dissuade anyone else from trying to come -- they were NOT getting in. It also said that dress was formal -- not even jeans were allowed.

Doors were set to open at 11:30 PM. My friend and I decided to roll up at around 9:30. For every Prince show I have ever been to, if you don't show up at least two hours ahead of time, you'll end up standing in the back of the show.

This time when we show up, the place is empty. The concierge tells us where the show will be -- but there are no signs, no crowds ... no nothing. Very odd.

We sit on a couch for a little bit and a handful of people start to show, but nowhere near the mad rush I was expecting. At around 10:15, I look over and see Prince walking in. He's only got one security guy with him and he's like 10 feet to my left. He waves to the few of us sitting on couches.

About another hour or so passes and more people start to show, still nowhere near the rush I expected - there were maybe only 50 of us (at this point we can hear Prince warming up). They call us all forward and start to check names -- remember, there are no tickets, only a guestlist. After we pass through one checkpoint, we move to another. I spot one of my co-workers trying to finagle her way in and it ain't happening. Sorry Kelli!

After another half hour of waiting and moving from one checkpoint to another -- Monica and I are first in line. They check our names again - remind us again about the "no tickets, guest list thing" -- and start to usher us in in groups. When we get downstairs, there are maybe another 50 people (industry people maybe?) already mulling around in the reception area outside of the actual ballroom. They soon let us in and Monica and I head straight to the front of the stage. 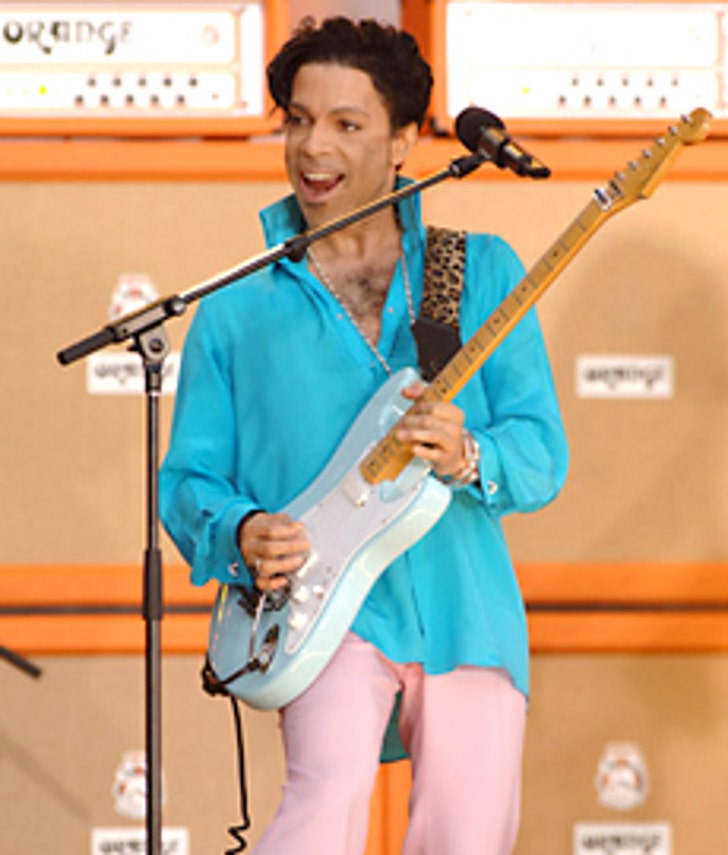 The room looks like the place my cousin had his Bar Mitzvah. The stage is in the middle, with a dance floor directly in front and tables and chairs along the sides and in the back. An incredibly attractive female DJ starts playing a mix of hip-hop and Prince songs. The 50 or so fans line the stage while all the insider types still just mull around.

At around 1:00 AM, some band members start to take the stage and the ballroom starts to fill. At around 1:15, a few horn players walk in from the back playing. Prince makes his way to the stage. It occurs to me I have to wake up in five hours.

The first hour or so is just jams. Prince lets every band member do a solo and hip-hop pioneer Doug E. Fresh takes the stage. After he does his thing, Prince protégé Tamar sings a few songs from her forthcoming album. It's been an hour and Prince hasn't actually sung anything yet, but the band is great and I am only like six feet away - probably the closest I have ever been to the stage at a Prince show.

Finally Prince starts playing his material -- "3121," "Lolita," "Black Sweat" and "Satisfied" -- from his recent album. At this point I have spotted Diddy and Tommy Lee in the crowd (I would later see Eve and heard Jamie Foxx and Snoop Dogg were there, but I never saw them) when Chaka Khan and her security push past me to stand in the front - my friend Monica gives Chaka a hug. Prince hops off stage to do the same.

Prince then transitions into some old stuff -- "Joy in Repetition" and "Kiss" among the highlights. His guitar playing lately is not to be believed and tonight is no exception. He does a hard rock version of "Anotherloverholenyohead" that absolutely sets the stage on fire. The last few songs were worth the price of admission alone.

Prince finally (not like I am complaining) leaves the stage at around 3:15. Again, he walks out with only one security guard and as Monica and I make our way out, we realize we're pretty much walking side-by-side with Prince. Monica, who met Prince years ago, does the "Hey remember me?" thing and he totally does. They share a hug. For the record, Monica has now hugged Chaka and Prince. She's on cloud nine.

We hit the valet and head home. I don't get to bed til 4:30 and my alarm went off at 6:30. I thought about calling in "Prince" today to work, but figured no one would understand.

Daniel is 29-years-old and has been a Prince fan all his life. He is still mad at his mom for going to a Purple Rain concert without him. That was 22 years ago.

Have you ever had a semi-private, close encounter with celeb greatness?
Send us your story: TMZ Tips