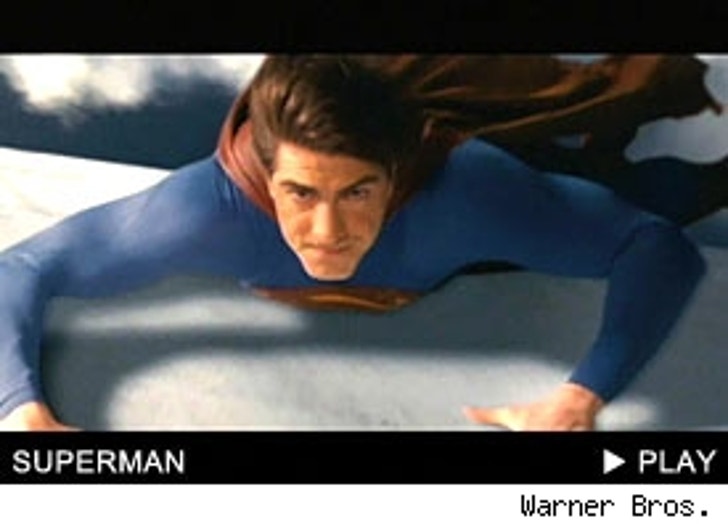 When it comes to "Superman Returns," Warner Bros. is sighing with relief, but not yet swooning with ecstasy. The Bryan Singer re-imagining managed $21 million in its first day in release, or about what Tom Cruise's pre-sofa "War of the Worlds" did on a comparable Independence Day weekend.

Having spoken with a box office expert or two just now, the real worry for Warner Bros. isn't this weekend, which has a luxurious seven days thanks to a Tuesday July 4th holiday. Rather, it's the next, when "Pirates of the Caribbean: Dead Man's Chest" opens. The Johnny Depp epic is tracking is "off the charts," as Nikki Finke reported weeks ago, and remains so.

Well, the good news here is that while "Superman Returns" won't be the biggest opening in history, at least it will probably be the most heterosexual opening weekend ever: Reports Variety, "As expected, initial group of moviegoers were heavily male, at 58%...Studio is hoping gender distribution will be more even by the weekend."

As Jerry Seinfeld might say, 'Not that there's anything wrong with that.'