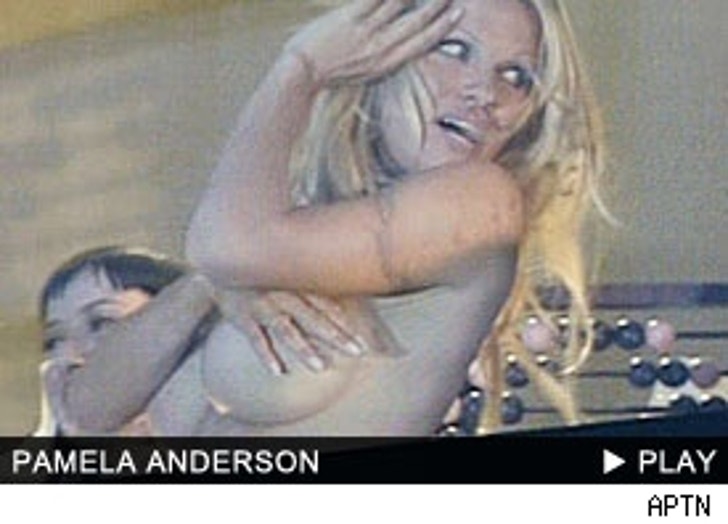 Pamela Anderson stripped down to her panties in the window of Stella McCartney's London boutique Wednesday, in a protest over fur.

When asked if there's a need to name and shame celebs who wear fur, the "Baywatch" babe took no prisoners. "I don't think that's glamorous at all ... especially the ones that are starting to put them [fur] in their clothing lines like J. Lo and Beyoncé ... it's really important for them to be conscious of what they wear, especially as they're fashion icons."

Beyoncé Knowles was recently confronted by People for the Ethical Treatment of Animals (PETA) at a swanky restaurant in New York. TMZ was first to run the undercover video.