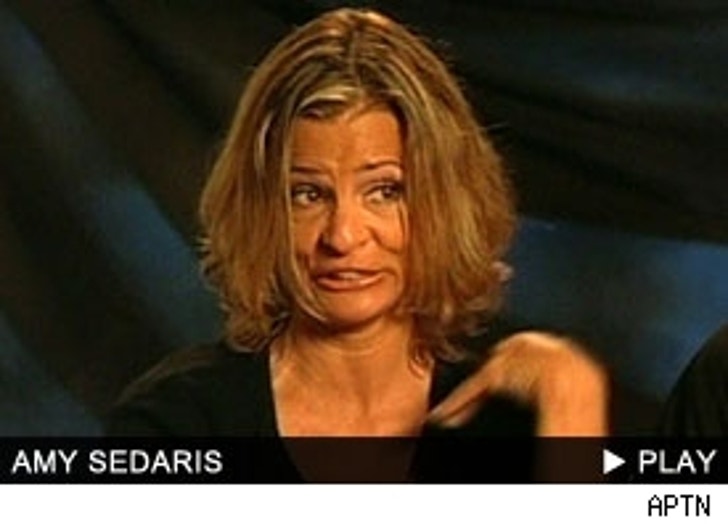 A prequel to the Comedy Central TV series that was canceled in 2000 after three seasons, the film finds comic-actress Amy Sedaris reprising her starring role as Jerri Blank, the forty-something ex-con, ex-junkie, bi-sexual prostitute. Fresh out of prison, Jerri returns to her childhood home and finds her father (Dan Hedaya) in a coma, so she goes back to high school to "become the good girl I never was and never had any desire to be," in hopes that it will revive him.

Starring Stephen Colbert as a science teacher who uses the Bible as a text book and Paul Dinello as an art teacher who is having a secret gay affair with Colbert's character. "Strangers" isn't your kids after-school special.

"Strangers with Candy" is in limited release now. Wide release in July.