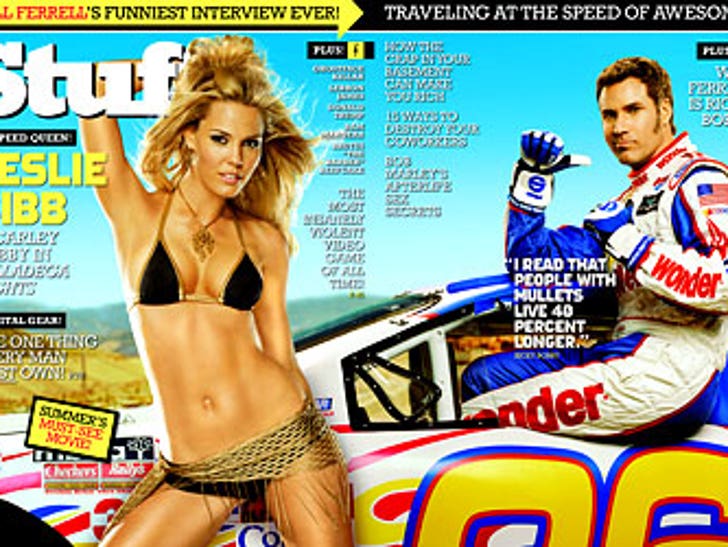 Stuff magazine has put its first dude on the cover. 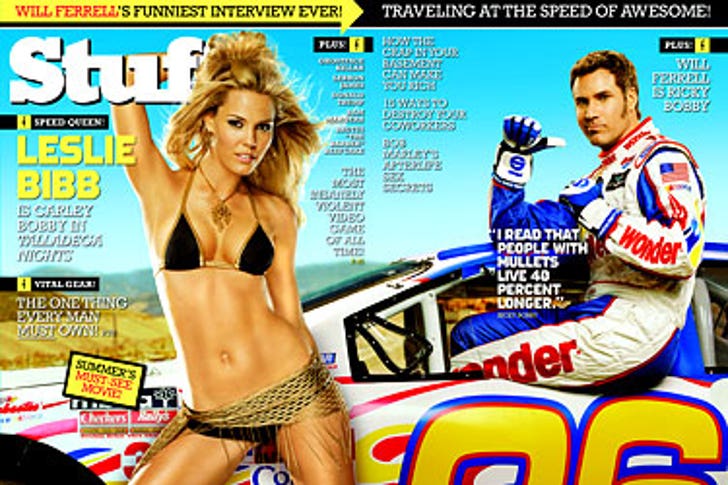 The magazine's August issue features Will Ferrell, alongside a bikini-clad Leslie Bibb, his co-star in the upcoming Nascar spoof, "Talladega Nights: The Ballad of Ricky Bobby."

But before hard-core Stuff readers call to cancel their subscriptions, they can take heart: It's Bibb's bod people will see on newsstands; Ferrell can be found only after you fold out the cover of the mag.