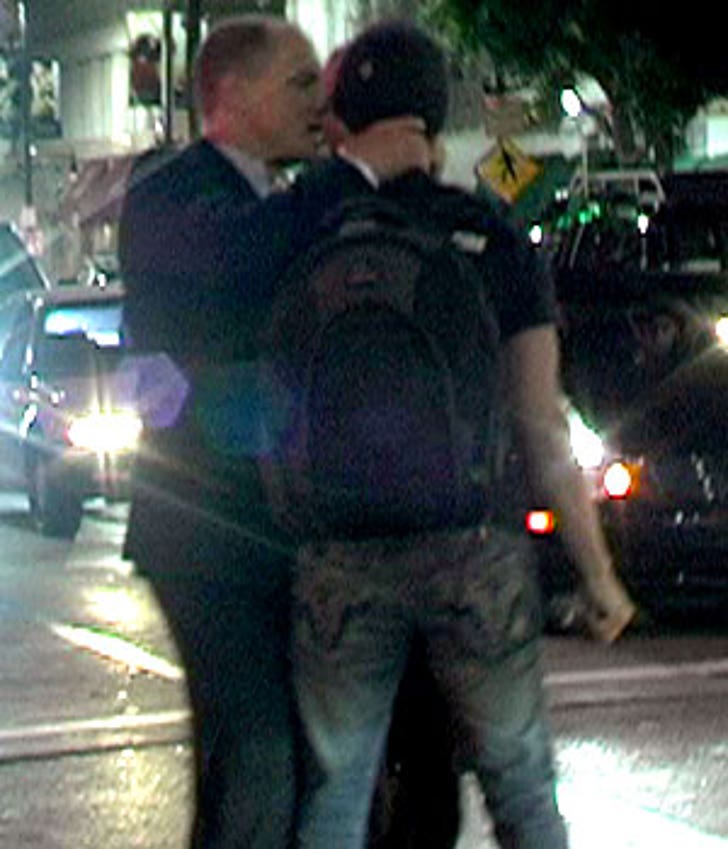 Levine was shooting video of someone who did not want to be videotaped. Should Levine have turned his camera off? Here's the deal. The club is a Hollywood hot spot, and any celeb who goes there knows the game going in and out. It's kind of like the famous Ivy restaurant on Robertson in L.A. -- it's all part of the meal. Element is like night Ivy.

Should Levine have told Harrelson he was shooting him because he was sexy? Well... we report, you decide. The one thing I can tell you as a veteran TV reporter and lawyer, when people start touching my camera, it's a whole different Oprah. Taking pictures in public places is one thing; assaulting someone is something else. Destroying someone's property and choking him is a crime, unless it's done in self-defense.

So what will happen now? If you judge the LAPD by the reaction from the two patrol officers who blew off Levine, the answer is nothing. I'm hoping they're not representative of the department -- we'll see.