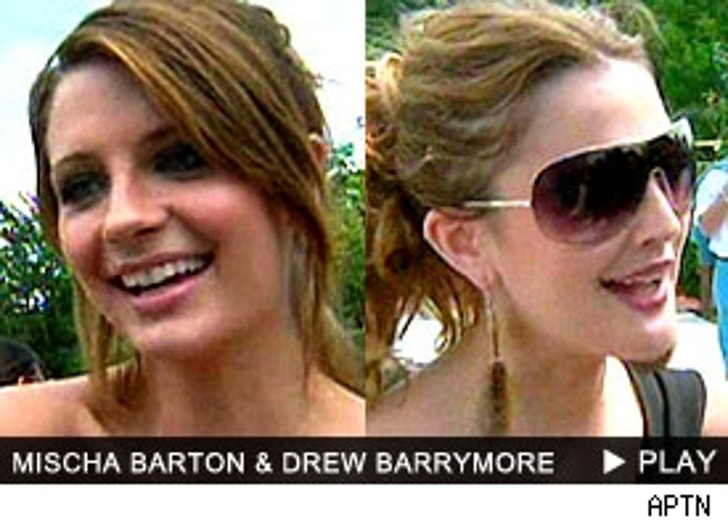 The arrival lines at this year's Paris Fashion Week are rivaling those of Hollywood's hottest premieres, as many celebs flock to the City of Love for their favorite designers.

With Mischa Barton and Drew Barrymore sitting just off the catwalk for the Dior show and Cher touting her love for Armani, it's no wonder these celebs always look fantastic.

"I love him [Giorgio Armani]. I have known him for a million years and I love the fact that if you bought something 20 years ago you can still wear it today," says Cher of fashion icon Armani.

Cashmere, python leather, and satin were among the fabrics pleated in Armani's autumn-winter 2006-2007 collection, which won over the fashion hungry audience. John Galliano's period-inspired looks for Dior were also a hit for the young Hollywood crowd with designs inspired by Renaissance artists.

"I love the rock and roll stuff, I loved everything about it, it was so beautiful,' said Barrymore of Galliano's show, "For me to come here and see his designs and watch his art come down the runway and support him as a friend means a lot to me."